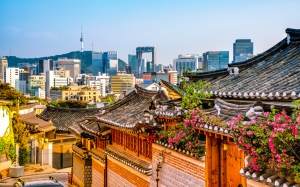 South Korea’s Financial Services Commission (FSC) has announced it will set up an open interbank payment network this year in a bid to strengthen the country's nascent fintech industry. The FSC hopes that the move will help facilitate the rise of new digital finance powerhouses such as the payment apps Kakao Pay, Naver Pay and Toss.

Fintech's development in South Korea is currently hindered by a closed financial payment network. Only banks can access the network, and each can bank is only permitted to manage its own banking services. Fintechs can access the network by partnering individually with banks, but there's a high barrier to entry; not all startups can afford the steep usage fees, which usually run 400-500 won ($0.35-0.45) per transaction.

Open banking will develop gradually in Korea, the FSC said in a February 25 announcement. The first phase will consist of the system's launch this year. The FSC envisions open banking in this phase allowing customers to use a single app to access their accounts at different banks and make payments. To ensure fair competition, fintechs' fees will be slashed by 90% of the current level. In Phase 2, the FSC will propose legislation to establish "clear legal grounds" for an open banking system. Proposed legislation will focus on ensuring fair competition in Korea's finance sector, the FSC said.

In the longer term, the FSC may allow qualified fintech payment service providers direct to access the payment system without going through banks. Fintechs must meet criteria set by the FSC in "financial soundness" and digital ability to be eligible for direct access to the system.

“Fintech is a chief industry that will lead Korea’s future. Given this, we believe that our open financial payment network infrastructure will serve as an important foothold for Korea’s fintech drive,” FSC Chairman Choi Chong-ku told The Korea Herald in February. “By embracing fintech and digital innovation, we must change the fundamentals of our finance sector and rejuvenate the economy.”

Separately, the Seoul metropolitan government announced in February that it would invest more than $1 billion in fintech and blockchain startups by 2022.