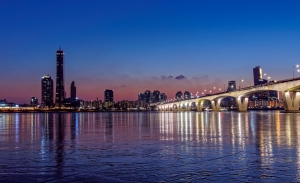 South Korean regulators have dealt a blow to the ambitions of Kiwoom Securities and Viva Republica by rejecting their respective applications for a banking license. Both of those firms had sought to launch a challenger bank that would have competed with K bank and Kakao bank, who have operating for several years in Korea.

South Korea's Financial Supervisory Commission (FSC) said that it rejected Kiwoom Bank because it was not sufficiently innovative, while the regulator saw governance and financing problems in Viva's Toss Bank.

Analysts say that the regulator's decision surprised both Kiwoom and Viva. Kiwoom had thought its solid financials and shareholder base, which includes SK Telecom, Lotte and major commercial lender KEB Hana Bank, would make it a strong contender for Korea's third internet banking license. For its part, Toss had played up its fintech acumen and focus on financial inclusion. Toss said that it planned to introduce ways to serve people with limited credit histories whom traditional banks have historically ignored.

Given concerns about Kiwoom's proposal, the FSC's rejection of its application does not come as a big surprise. Skeptics of the Kiwoom proposal have long echoed the FSC's sentiments. Traditional securities firms, especially those without high digital literacy, aren't necessarily well poised to launch internet-only banks. Adding a banking unit onto a securities firm may not be a recipe for fintech innovation.

In contrast, Toss Bank is a bonafide fintech startup. The FSC could very well have given Toss the nod. Why didn't that happen?

Firstly, the FSC was concerned about Toss's financials, according to The Korea Herald. The regulator clearly had lingering doubts about the company's ability to raise capital, despite Viva Republica insisting it had plenty of cash on hand to support the bank's operations. Viva Republica even said that other shareholders in Toss - dependent partners - could provide additional funding if necessary.

The other weakness in Toss's application was its shareholding structure. Viva Republica, an information technology company, holds a majority 60.8% stake in Toss, but according to Korean law, only a financial corporation could hold that large a stake in an internet bank. An ICT firm may hold a maximum 34% stake. Although Toss insisted that it could be recognized as a financial firm, based on the diversity of its revenue streams, the FSC remained unconvinced.

The FSC likely "considered the lack of a precedent for a case like Toss Bank’s and the consequences of recognizing e-payment firms as a financial entity eligible to become a majority shareholder of a bank," according to The Korea Herald.

To date, only K bank and Kakao bank have secured virtual banking licenses in Korea. Both of them have struggled to get out of the red, hindered by limited capital. In 2018, Kakao Bank recorded a net loss of 21.2 billion won while K bank posted a net loss of 79.7 billion won.

More in this category: « Overbanked Taiwan bucks consolidation What are Revolut's prospects in Asia? »
back to top