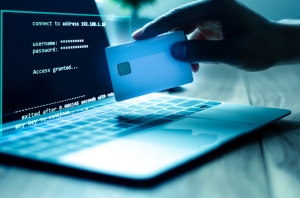 After banks in Singapore were ensnared in the 1MDB scandal, Singaporean authorities stepped up their fight against financial crime. Having strict anti-fraud and anti-money laundering controls in place to fraud is essential for Singapore to strengthen its status as a global financial center for wealth management and major fintech hub. Yet some financial crime in the digital realm is posing new challenges to Singapore. The city-state's involvement in the Wirecard scandal is a case in point.

Wirecard was a German payments firm that used Singapore as its Asia-Pacific headquarters. About 18 months before Wirecard collapsed in disgrace, the Financial Times reported that the company's then head of accounting in Asia Pacific, Edo Kurniawan, was suspected to have used forged and backdated contracts.

Following the FT's report, Wirecard continued to operate normally in Singapore until its abrupt collapse in June. In fact, prior to Singapore's Payment Services Act that came into effect in January, the German payments firm did not need a license to offer its services in the city-state. Regulating payments more tightly should help reduce the possibility of similar incidents occurring in the future.

Following a September 30 directive from the MAS, Wirecard ceased all operations in Singapore. The regulator ordered Wirecard to shut down after the company said it could no longer provide payment processing services to some of its customers in Singapore. Roughly 1,900 merchants in the city-state were affected.

"Investigations and enforcement against financial misconduct will only become more challenging, as technology rapidly evolves, financial products grow in complexity and cases become increasingly multi-jurisdictional in nature,” Peggy Pao, the MAS’s executive director of enforcement, said in a report about financial crime that the regulator published in November.

Meanwhile, as business has moved online during the pandemic, Singapore has seen a corresponding rise in online fraud. In the first half of the year, loan scams rose 56% year-on-year to 1,014 from 650, while banking-related phishing scams increased an astonishing 2,500% to 898 from 34.

Stricter online identity verification could help control the risks posed by the theft of personal information. In a new consultation paper, the MAS proposed that financial institutions add an additional layer of security to the verification of customer identity in non-face-to-face situations.

Under the proposal, customer requests could only be processed after verification of identity through one of the following ways: a password or PIN; a one-time password created with a hardware or software token, biometric information unique to the customer, or information that only the customer and financial institution know, such as account transaction details.