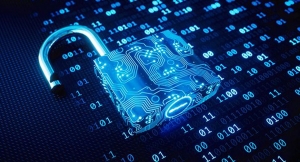 The digitization of life since the coronavirus pandemic began has made  life more convenient in many respects. However, there is a downside to all of the digital activity: Criminals are now more active online than ever, and Singapore is no exception. The city-state known for its low crime rate – extremely low when compared with other developed countries –  is a grappling with a surge in online crime, with loan and investment scams especially problematic.

In the first half of 2021, Singapore experienced exponential growth in several types of financial crime. Notably, scammers bilked S$168 million from victims from January to June, an increase of 164% year-on-year.

Among the types of scams, loan scams were the most prevalent. Victims lost S$10.6 million, an increase of 89% compared to S$5.6 million during the same period last year. In a typical case, a scammer would pose as a licensed moneylender or bank, dupe the victim into  into providing personal information, ask the person to pay a small percentage of the loan amount as administrative fees and go off the radar after payment was made.

Investment scams also surged in the first half of the year, with victims losing S$66.2 million, more than trebling the S$21.6 million during the first six months of 2020. In most cases, the scammers would claim to be financial professionals and lure victims into investing via websites or apps. The victims would be asked to transfer money to unknown bank accounts and pay administrative expenses, security fees or taxes, which would go into the scammers’ pockets. In many instances, victims would earn a profit from the investment at the initial stage.

Fortunately, Singapore set up the Anti-Scam Centre in June 2019 that works with banks to recover funds stolen by criminals in various scams. It has recovered about S$127 million thus far, roughly 34% of the total amount lost by victims. One of the challenges with fighting this type of financial crime is that people need to be conditioned to be on their guard against certain types of suspicious behavior, which can be hard to gauge if the situation is unfamiliar to them.

Given the economic toll the pandemic has taken, more people in Singapore are out of work than normal, which can increase their vulnerability to financial scams. To that end, the ASC launched an initiative in July, which involves using automation to send SMS messages to alert potential scam victims determined through information gathering.

Meanwhile, in early October, the Monetary Authority of Singapore (MAS) said that it planned in the first half of 2023 to launch a digital platform enabling banks to share information on customers and transactions as part of efforts to stymie money laundering and financing of criminal activity. Dubbed Collaborative Sharing of ML/TF Information & Cases (COSMIC), it will be available to Singapore’s six largest commercial banks, which worked with MAS to develop the platform. A common challenge faced by financial institutions is being unable to warn one another about abnormal activity in customers' accounts. COSMIC will initially focus on three key financial crime risks in commercial banking: abuse of shell companies, misuse of trade finance for illicit purposes and proliferation financing.

“The information sharing framework is designed to target serious criminal behaviors and allow FIs to more quickly detect the bad actors to purge and deter them. It will strengthen Singapore’s position as a trusted financial centre and place to do business, where FIs can better serve the vast majority of legitimate customers,” Loo Siew Yee, MAS's assistant managing director (Policy, Payments & Financial Crime), said in a statement.

More in this category: « South Korean digibanks may shrug off fintech crackdown Malaysian incumbent banks prepare for the arrival of digital challengers »
back to top