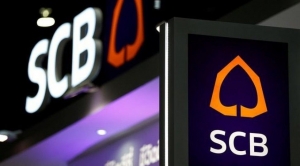 Siam Commercial Bank (SCB) is the latest incumbent lender in Asia to wager that digitization is the key to its future. Thailand’s oldest commercial bank and established by royal charter in 1907, SCB is transforming into a financial technology group and moving into the digital assets business. The transformation, which involves the establishment of a “mothership company” called SCBx, will propel the bank “as a regional financial technology conglomerate by 2025,” SCB says on its official website.

SCB CEO and chairman of the executive committee Arthid Nanthawithaya lays out the bank’s technology-first vision in a statement on the company’s website. “By 2025, SCB hopes to be able to create significant corporate value from new businesses beyond the fundamental profit and stability of its core banking business,” he says. This entails building a customer base of 200 million, overseas expansion and owning a large technology platform. The SCB chief executive envisions that by 2025, SCB will no longer be a bank (at least not in the traditional sense of the word) but rather a conglomerate made up of both financial businesses and technology platforms that are globally competitive.

SCB’s digital play is significant because it is a major player among Thai banks – it is designated as one of Thailand’s five domestic systemically important banks by the Bank of Thailand – and its business is stable; it is not a move borne out of desperation.

In fact, SCB has fared relatively well during the pandemic. Its deposits grew 12.1% in 2020, “reflecting its safe-haven status in the local market,” according to S&P Global Market Intelligence. Despite pandemic-induced disruptions, SCB and its units reported consolidated net profit of THB 8.8 billion (US$267.4 million) in the third quarter of the year, up 0.04% over the July-September period.

In early November, SCB acquired a 51% stake in digital asset exchange Bitkub for THB 17.85 billion (roughly US$536 million) through its subsidiary SCB Securities. Regulated by Thailand’s Securities and Exchange Commission, Bitkub is the dominant crypto exchange in Thailand with a 92% market share, according to SCB.

The transaction is expected to complete in the first quarter of 2022.

More in this category: « Growing pains for Indonesia’s P2P lenders Philippine digital banks could be real disruptors »
back to top