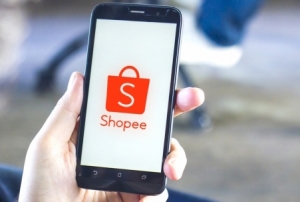 Sea Group's latest earnings report is packed with good news. Its gaming and e-commerce businesses grew expeditiously in 2020 as people stayed home, shopped online and played online games. EBITDA surged to US$107 million, compared to a loss of US$178.6 million in 2019. Gross profit doubled to US$1.3 billion from US$604 million a year earlier. Net income, however, remained negative. In fact, net losses widened to US$1.62 billion from US$1.46 billion. The question for Sea and investors is, does it matter?

Sea generated a lot of revenue last year, but it cannot spend the money fast enough. Building a dominant e-commerce platform across Southeast Asia and Taiwan - Sea's goal with Shopee - is not cheap. It requires spending immensely on sales and marketing. To unseat Tokopedia, Lazada and other rivals, Shopee must subsidize users and merchants. That is one reason both Shopee and the e-wallet ShopeePay are growing briskly. Payment volume for Sea's e-wallet services reached US$2.9 billion in the fourth quarter of 2020 and US$7.8 billion for the year.

Where Sea differs from most of its rivals is that its path to profitability is clear, even if it does not come right away. For the moment, Sea's profitable gaming arm Garena is subsidizing loss-making Shopee. But provided Sea continues on its current trajectory, Shopee will swing to a profit in two years' time or less. Sea forecasts that its e-commerce sales will double in 2021. As a public company, Sea can keep raising money cheaply to fund expansion - a luxury Grab, Gojek, Tokopedia and Lazada do not yet have.

Taking a look at Sea's stock price, which rose roughly 400% in 2020, investors seem confident in the firm's prospects. The stock is Asia's top performer among companies valued at US$100 billion or more since early 2020. Globally, only Tesla has done better, Bloomberg noted.

Meanwhile, Sea is building a robust digital services ecosystem that could make it a leader in digital banking. Its gaming and e-commerce businesses already feed customers into its fintech arm SeaMoney. To date, SeaMoney has focused on payments, which are admittedly a dime a dozen. Within the next few years, however, Sea's digital banks in Singapore and Indonesia (where it purchased Bank BKE and will transform it into an online lender) will go live, offering deposit-taking, lending and more.

Sea will have a huge potential retail and SME customer pool for those neobanks from within its existing ecosystem: gamers, Shopee sellers and merchants, and other users of its e-wallet. Quarterly paying users for Sea's mobile wallet services exceeded 23.2 million in the fourth quarter; 10 million of those users are in Indonesia.

Meanwhile, Sea is borrowing a page out of SoftBank and Tencent's book with the launch of its investment arm Sea Capital, which comes after the acquisition of the Hong Kong-based hedge fund Composite Capital Management. Sea Capital will help the company identify tech firms with whom it can partner or in which it can invest.

More in this category: « Why is TymeBank expanding to Southeast Asia? P2P lending's future in South Korea looks shaky »
back to top