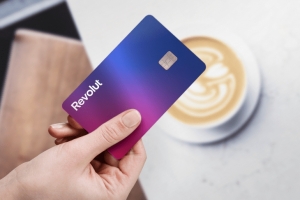 Never short of ambition, Revolut is aiming for an Australia banking license roughly a year after formally launching its app Down Under. The UK neobank unicorn is in discussions with the Australia Prudential Regulation Authority (APRA) as it seeks approval to take customer deposits and provide lending services.

Revolut has a reputation for swinging for the fences. It calls itself a global financial super app and is expanding on multiple contents despite eye-watering losses that balloon by the year. While Australia makes sense for Revolut in that it is a developed economy with many of the right customer demographics for the neobank, the Australian market will be a tough nut to crack because it is dominated by the big four incumbent banks. Together, National Australia Bank (NAB), Commonwealth Bank of Australia (CBA), Westpac and Australia and New Zealand Banking Group (ANZ) have an 80% market share.

Australia’s native neobanks have tried and failed to dislodge the big four. Xinja ran out of cash in Dec. 2020 and had to throw in the towel.  Shortly thereafter, 86 400 decided that if you can’t beat ‘em you,  join ‘em, and was acquired by NAB for AU$220 million.

That leaves Volt and Judo, both of which are focusing on niche market segments rather than general retail banking. As such, they are eschewing going head-to-head with the big four where they are strongest. For Volt, the focus is banking as a service and digital mortgages (with its partner Australian Mortgage Marketplace) and Judo lending to small and medium-sized enterprises (SMEs). Judo has been very successful thus far, having achieved profitability about a year ago and is now eyeing an IPO in the fall.

Of course, Revolut is unlikely to be satisfied with anything too modest. "Our mission is to directly challenge the incumbent banks that ... offer a suboptimal user experience, and their business models are really quite reliant on customer apathy," Revolut’s Australia CEO Matt Baxby told a parliamentary committee.

According to Baxby, since Revolut launched in Australia last year, more than 100,000 people have signed for services including pre-paid card payments, foreign exchange and crypto trading. It is unclear how many will be enticed to open a primary bank account with the company though. It will be expensive to subsidize customer deposits (as Australia’s other neobanks could explain to Revolut) and even if Revolut is willing to burn cash on that endeavor, it still has to establish a compelling value proposition.

One possibility would be bundling travel and banking services, which would be possible thanks to its Stays travel app. Currently available in the UK, Europe and the U.S., the app marries online travel and fintech, letting travelers book accommodation ranging from B&Bs to luxury lodges, while offering payment end solutions and no-fee currency exchange rates. Revolut plans to allocate £70 million in cashback to customers using the new service.

While Australia remains focused for now on corralling a truculent coronavirus outbreak, at some point the pandemic will ebb and there will be significant pent-up travel demand. Revolut could target frequent fliers and other regular travelers in the Australia market, giving them a good reason to choose its digibank over the competition.

More in this category: « Identifying the value propositions of Asia’s most successful digital banks PayMaya wins Philippines digital bank license »
back to top