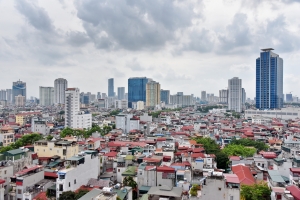 Vietnam plans to roll out a pilot peer-to-peer (P2P) lending scheme to boost financial inclusion in one of Southeast Asia's fastest growing economies. The pilot program will permit P2P lending firms to serve as intermediaries between lenders and borrowers, but they will be restricted from fundraising activity.

Financial institutions will not be permitted to be part of the initial pilot scheme, but the Vietnamese government will consider allowing them to partcipate in P2P lending in the future.

Vietnam currently has about 40 P2P lending firms, but their businesses operate in a gray area given the country's lack of applicable regulations. The Vietnamese government hopes that its pilot program can lay the groundwork for a sound P2P lending industry, according to the state-backed Vietnam News.

"A legal framework can bring out the positive aspects of this service, while preventing and minimizing the risks and ensuring safety for individuals and enterprises, thereby enhancing financial inclusion in Vietnam," Nguyen Kim Anh, deputy governor of the State Bank of Vietnam, was quoted as saying by state media.

Thus far, the Vietnamese government is taking a cautious approach to P2P lending. If Hanoi seems wary, it may have something to do with the lessons Vietnamese officials have drawn from China's P2P travails. In China, the industry exploded overnight. So much cash flowed into an unregulated space powered by ascendant internet technology that miscreants became nearly as common as legitimate entrepreneurs. Retail investors' life savings vanished amidst Ponzi and pyramid schemes that stained the industry' reputation and generally disrupted social stability. Vietnam would surely like to avoid such a scenario.

Despite the small size of Vietnam's P2P sector, Vietnamese regulators have already discovered signs of fraudulent activity. Firms "with similar models to P2P lending companies" are allegedly promising unrealistic returns on investments while not adequately explaining risks of participating in their services. Some of the lenders are also gouging borrowers on interest rates, charging well above the 20% maximum permitted by Vietnamese law.

More in this category: « Can Go-Jek be a fintech sensation? Alipay and WeChat struggle to gain foothold in Indonesia »
back to top