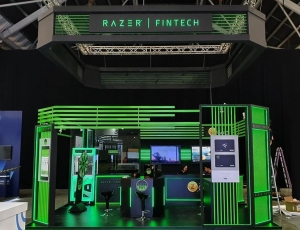 Gaming firm Razer is about as far from a bank as you can get. While it has a fintech arm, Razer's bread and butter lies in gaming hardware, software and services. Fintech, which refers primarily to payments in Razer's case, is a means for gamers to make in-game purchases. Razer  sees a big opportunity though: Turn its many millennial gamers into banking customers. After all, they're already spending money digitally in the Razer ecosystem.

In addition to the digital full bank (DFB) license it has applied for in Singapore, Razer is also aiming to develop a larger international digital finance network. A logical first step would be to apply for a digital bank license in neighboring Malaysia, where Razer already has a strong presence. Malaysia is the only market besides Singapore where Razer's e-wallet Razer Pay is in wide use. Malaysia also recently signaled its willingness to apply more non-financial firms to apply for digital bank licenses.

Capital requirements for a Malaysia digital bank license are fairly stringent, with an absolute minimum of RM 100 million (US$23.7 million) necessary during an initial three to five-year period and later RM 300 million. As a listed company, Razer, however, could easily meet them. It has about US$500 million in cash on hand, according to an August statement.

Razer would not be the first gaming giant to become a digital banking juggernaut. Tencent has made that transformation, although it wasn't a straight shot from gaming to fintech. The WeChat messaging app played a paramount role.

Tencent-invested Sea is also trying to make the jump from gaming to banking, but unlike Razer, Sea has a large e-commerce business. That makes Sea's bid to support SMEs more convincing than if it were a gaming company alone. Sea already has many small businesses in its ecosystem, while Razer has primarily potential retail banking customers.

Sea and Razer have one thing in common though: Both are ascendant but still loss-making. Hong Kong-listed Razer posted a net loss of US$17.7 million ($24.2 million) from January to June, a 64% improvement over the US$47.7 million it lost a year earlier. Revenue rose 25% annually to US$447.5 million on the back of strong demand for its gaming products.

Razer's fintech business recorded US$1.8 billion in total payment volume in the first half of the year, up 114.3% year-on-year. The business grew briskly thanks to rapid customer acquisition, both on the merchant and consumer sides - rising digital entertainment consumption amid the pandemic helped drive growth in the latter market segment.

"The fundamentals of our business remain as solid as ever," Min-Liang Tan, co-founder and CEO of Razer, said in a statement. That, "coupled with our strong operating cost discipline and our strong cash position of over US$500 million, put us in good stead, even during times of challenging global economic conditions."

More in this category: « South Korea's Toss Bank is in the money Where will Taiwan's new fintech roadmap lead? »
back to top