Profitability is a ways off for Hong Kong’s virtual banks 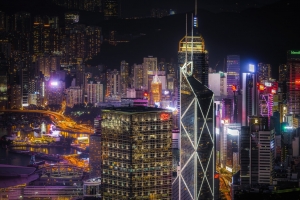 In their first year of operation, Hong Kong’s virtual banks all lost money. Ant Bank lost the least at HK$172 million while Standard Chartered-backed Mox Bank lost the most at HK$456 million, according to the banks’ respective annual reports. While it is still early days for Hong Kong’s digital lenders, it appears a few of them are pulling ahead of the pack.

Among Hong Kong’s eight digital lenders, ZhongAn Insurance-backed ZA Bank and Mox have jumped out to an early lead in customer deposits. ZA Bank has accrued more than HK$6 billion in deposits and 300,000 customers, while Mox has about HK$5.2 billion and 100,000 customers. Together they hold 70% of all virtual bank deposits. Other virtual banks are not even close. Xiaomi-backed Airstar Bank is No. 3 with HK$1.5 billion and WeLab No. 4 with HK$1.1 billion.

There are a few likely reasons for ZA Bank’s lead. Firstly, it has an early-mover’s advantage: ZA Bank was the first Hong Kong digital lender to go live (in March 2020), and it reportedly offered sky-high promotional deposit rates to bring customers onboard quickly. For instance, according to Bloomberg, for three-month Hong Kong dollar deposits capped at HK$200,000, accounts were set at a 2% rate, but the neobank offered some clients up to 4% more interest, for a total of 6%. ZA Bank also has an insurance agency license thanks to its affiliation with ZhongAn Insurance, which allows it to offer a more comprehensive product suite than some of its competitors.

As for Mox, its products look pretty standard. The Standard Chartered-backed neobank plans to offer personal loans, installment payments, foreign exchange services, and wealth management services within a year’s time. However, Mox is benefiting from being able to attract a relatively large deposit amount per account. Mox CEO Deniz Guven told The South China Morning Post in May that the average on deposit in a Mox account is HK$60,000 (US$7730).

One of the biggest challenges for neobanks is convincing customers to choose them as a primary bank, or even a go-to secondary bank. Research by Accenture shows that in 2019, digital banks in the UK had an average account balance of just over US$200.

Perhaps that task is easier Hong Kong because Hongkongers are ardent savers. As of December 2020, the city’s gross savings rate was 24.8%, while the UK’s was 15%.

Mox plans to build on its strong start by building an ecosystem that draws on the services of some of its key backers, including telecoms giant HKT, internet firm PCCW and travel-booking platform Trip.com. If Mox can create innovative products by, for instance, bundling banking and travel-booking services, it could further grow its market share.

Breaking even is another story though. ZA Bank’s CEO Rockson Hsu thinks his firm can get there by 2024, which would be relatively fast. In a May interview with Bloomberg, Guven noted, “When you look at the global examples, there are a couple of challenger banks or digital banks in the world, they just reach break-even point after five, six years,” Deniz Guven.

One of the rare exceptions is South Korea’s Kakao Bank, which achieved profitability in just two years. Kakao’s situation was unusual though. For a time, it was the only licensed digital lender in South Korea; it faced incumbents with weaker digital capabilities than the largest Hong Kong banks and it could quickly bring large numbers of customers onboard through the Kakao Talk messaging app, which has about 45 million users in South Korea.

In Hong Kong’s case, there are arguably too many digital lenders for actual market demand. No other country or territory has issued as many digital bank licenses. That picture will become clearer over the next few years, as will the possibility of consolidation.

More in this category: « Digital banking heats up in the Philippines P2P lenders in South Korea clear hurdle with successful registration »
back to top