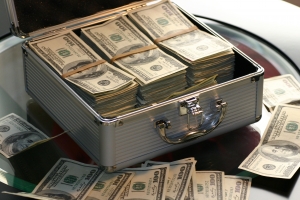 Unfortunately, the Philippines' popularity with Chinese gamblers appears to be interfering with its AML improvement efforts. The Philippines has become well known for its POGOs (offshore game operators) catering to Chinese clients. In March, the Philippines' Bureau of Internal Revenue earlier said that it has yet to collect over ₱27 billion (US$529 million) worth of tax liabilities from the POGO sector.

The POGOs are cash cows for the Philippines. In an interview with Asian Gaming, state-backed PAGCOR chair Andrea Domingo said the organization expects its income from POGOs this year to triple, reaching ₱18 billion (US$354 million), compared to ₱5.74 billion (US$113 million) in 2019. Government data show there are 60 licensed POGOs in the Philippines under which 218 service providers are currently operating.

Subject to minimal regulatory oversight, the POGO sector has become synonymous with all sorts of malfeasance. "It’s a game for the overseas Chinese, but the thing is, this kind of, especially gambling, breeds so many things: corruption, increase in crimes of extortion and kidnapping,” Philippines President Rodrigo Duterte said in an interview aired by dzMM in January.

Incidentally, between September 2019 and February 2020, Chinese nationals brought in ₱10.6 billion (US$210 million) in cash into the Philippines, declaring the money as "gambling and investment funds," according to the Philippines' Senate Blue Ribbon Committee.

Senator Richard Gordon has pointed out that the large amounts of cash suggested possible money-laundering activity. Some Filipino lawmakers are concerned the money could be used for a wide variety of illicit activities, such as narcotics sales, human trafficking, prostitution, illegal gambling operations, and even for anti-government and terrorist activities.

With just seven months left before FATF evaluates the Philippines again, the country should consider strengthening its 2001 Anti-Money Laundering Act. A current draft bill would allow the Philippines' Anti-Money Laundering Council to more easily investigate suspicious transactions (not being subject to lower courts' restraining orders), would include property developers and brokers in the law's scope, and consider tax crimes as a predicate offense to money laundering.

More in this category: « Does MatchMove have a shot at winning a Singapore digital banking license? Kakao looks to bulwark fintech business with acquisition of securities firm »
back to top