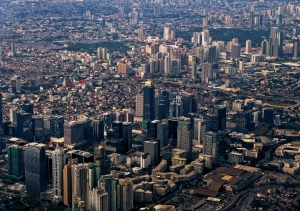 The Philippines is the world's No. 4 remittance market and growing fast, offering ample opportunities for fintechs. In August, Filipinos overseas remitted $2.88 billion, up 4.6% over $2.76 billion received in the same period a year ago and the highest since May, according to government data. About 10 million Filipinos work abroad. Remittances are the Philippines’ top source of foreign exchange income. A steady inflow of dollars into the Philippines from overseas helps protect the economy from external shocks, analysts say.

At present, banks and transfer services dominate the Philippines' remittance business. The Philippines received US$34 billion in remittances last year (behind Mexico, China and India), according to the World Bank. Imagine if fintechs could capture even a modest portion of that business.

Data compiled by the Philippines Statistics Authority (PSA) show that from April-September 2018, 52.8% of overseas Filipino workers (OFWs) sent their remittances through banks, while the remaining 45% used transfer services. That means fintechs accounted for 2% of overall remittances or less.

One of the stronger players in the Philippines' remittance market is MetroBank, which has about 300 remittance centers, partners, and tie-ups globally. It offers services such as real-time crediting, remittance within 24 hours to other Philippines bank accounts as well as door-to-door delivery and cash-pick up.

Since the Philippines has no shortage of remittance providers, the challenge for fintechs is to find a way to differentiate themselves. While digital technology is important, it's not a game changer - because everyone has a digital platform whether they're a fintech or not. Rather, the key is to be both nimble in a digital sense and economical. Excessive remittance fees are a long-running problem for overseas Filipinos workers, especially for those who do not earn a high salary.

New legislation under consideration in the Philippines could provide an opening for fintechs eager to offer more competitively priced remittance services. The bill, which was proposed by Sen. Ramon Bong Revilla Jr., would require remittance agents and companies to fully disclose the fees charged when overseas Filipino workers use their services to send money.

The bill would require all remittance services to adhere to the real time exchange rates stipulated by the BSP and penalize "rice gouging for transactions." Punishment could be severe: six to ten years in prison and a fine of between P200,000 and P1 million.

In October, Japan's Digital Wallet Corporation (DWC) became the latest foreign fintech to enter the Philippines as it acquired acquired remittance and foreign exchange firm Speed Money Transfer Philippines (SMTP) for an undisclosed amount. That move is the first in a series of planned steps to expand the global reach of DWC's mobile wallet services, company executives say.

Grab Financial, the financial arm of Singapore-based ride-hailing unicorn Grab, is reportedly planning to launch its first cross-border remittance corridor between Singapore and the Philippines in the fourth quarter.

More in this category: « Toss reapplies for Korea virtual banking license Indonesia's P2P market is booming »
back to top