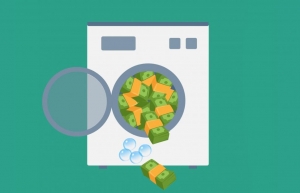 The Philippines must act swiftly to implement tougher anti-money laundering (AML) legislation or it will likely be placed on the Financial Action Task Force's (FATF) gray list alongside failed states such as Syria, Yemen and Zimbabwe. Countries on the gray list, which is updated annually in February, are identified as having strategic deficiencies in their anti-money laundering /counterterrorism financing (CFT) regime that pose a risk to the global financial system. Enhanced compliance procedures required for transactions with financial institutions located in gray-list countries could make it harder for the Philippines' many migrant workers to remit money home and reduce the country's attractiveness to investors.

The Philippines was on FATF's grey list previously but was removed in 2017 after Manila tightened oversight of casino operators. Before that, they had not been covered under AML legislation.

However, in a recent evaluation of the Philippines' efforts to fight financial crime, FATF flagged gaps in the regulatory regime that failed to adequate protect against money laundering and terrorism financing. While the Philippines has AML legislation on the books - the Anti-Money Laundering Act of 2001 - it is in dire need of an overhaul to enhance its efficacy.

New legislation in the pipeline could demonstrate to FATF that the Philippines is serious about strengthening its ability to fight financial crime. It would impose targeted financial sanctions like quick asset freezing on criminals who evade AML rules, explicitly ban financing of weapons of mass destruction and tighten oversight of the real estate sector, requiring developers and brokers to report transactions to regulators.

In mid-December, Senator Grace Poe, who chairs the Philippines Senate's sponsoring Committee on Banks, Financial Institutions and Currencies, urged her fellow lawmakers to pass the legislation in a timely manner to keep the Philippines off FATF's grey list. Being on that list "has implications which we must avoid as much as we can, especially during the time of a global pandemic," she said, adding that the Philippines would not want to "incur a reputational risk that would certainly result in reduced investor and lender confidence.”

Separately, the country's Anti-Terrorism Council designated the Communist Party of the Philippines (CPP) and its armed wing the New People’s Army (NPA) terrorist organizations in a resolution announced on Christmas Day. That move will allow the Anti-Money Laundering Council (AMLC) to freeze the CPP and NPA's bank deposits and other assets. The militants have been fighting one of the lengthiest insurgencies in Asia. The CPP was founded in 1968.

More in this category: « Not all Aussie neobanks are birds of a feather Malaysia moves ahead on digital banks »
back to top