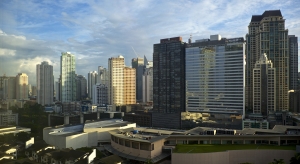 With a young population of more than 100 million, the Philippines is one of the most exciting Asean markets for fintechs. Just 34% of Filipinos have bank accounts, according to the World Bank, which means fintechs can play a leading role in the government's financial inclusion efforts. The Philippines is setting up a digital national identity system which should boost credit access for the underbanked. Once registered, residents will be given a 12-digit PhilSys Number that will be used as a digital identity across different platforms. Authorities plan to sign up 7 million Filipinos in 2019 and an additional 20 million in 2020 once the formal application process starts. By 2023, the government expects to have completed registration for all Filipino citizens and resident aliens.

At the same time, the Philippines has set up a "Fintech City" in Cagayan Province which it hopes will attract a wide array of fintech firms, from incubators to crypto and blockchain startups. The special economic zone "is aimed at fintech in general and not just the crypto world. We want to become an innovation hub,” Ramon Garcia Jr, a consultant working on the project, told CryptoNewsAsia.

"The BSP [Philippines Central Bank] sees technology as an enabler in its push for greater financial inclusion, where the focus is on expanding customer reach and reducing transaction costs," wrote financial engineering expert Philip Keller in a March post on the Regulation Asia website. Keller notes that the BSP has taken a number of measures to boost financial services to the Philippines' unbanked and underbanked population, resulting in the creation of a "digital financial inclusion ecosystem." Within that ecosystem are such disparate elements as pawnshops, money service businesses, third-party cash agents and virtual currency exchanges, all of which play a role in the provision of basic financial services in the Philippines, he notes.

Despite those efforts, financial inclusion progress over the past five years have been modest at best. For instance, between 2014 and 2017, the number of Filipinos 15 and older who had been involved in a digital payment transaction rose from 20-25%. In the coming years though, financial digitalization in the Philippines will pick up speed. Digital wallet expenditure is forecast to rise to US$1.7 trillion from US$700 million in 2018, according to International Data Corporation.

In March, Saphron, an insurtech firm based in Manila, announced it had raised a SGD1.35 million seed fund. The company says that it wants to improve "financial preparedness" in the Philippines, a country vulnerable to natural disasters but where many people are uninsured or severely underinsured.

More in this category: « Malaysia expected to launch virtual banks by 2020 Can China's fintech giants help digitalize its state-owned banks? »
back to top