Digital banking heats up in the Philippines 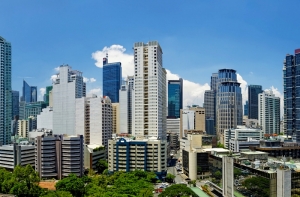 For digital banks, the Philippines is among the most promising markets in Southeast Asia because of its large overall size (population 110 million) and significant unbanked population. About 71% of adults in the Philippines people lack a bank account, but more than 2/3 of the population has a smartphone. Thus far, the BSP has issued three of the five digital bank licenses up for grabs. In April, Overseas Filipino Bank (OF Bank), a subsidiary of government-owned Land Bank of the Philippines, received one. In June, the BSP awarded two more digital banking licenses, one to Tonik and one to UNObank.

Compared to its neighbors, the Philippines is moving faster to review applications from would-be neobanks and issue digital bank licenses. Even without the pandemic-induced delay, the time from which Singapore announced it would allow digital banks and the time it planned to announce the winners would have been one year. Malaysia first mentioned it planned to allow digital banks in early 2020; the application period ends June 30. Winners will likely be named in early 2022. But the BSP announced digital banking guidelines in December 2020 and by June 2021 had issued three licenses.

The Philippines’ approach reflects a greater need for digital banks’ services and the BSP’s determination to hit financial inclusion targets. By 2023, the BSP aims to digitize at least 50% of total transactions and bring 70% of Filipino adults into the formal financial system with bank accounts.

A recently published Visa survey conducted from June-September 2020 found that 80% of Filipinos have an interest in digital banking services. The survey’s respondents cited security, convenience and time saved with online transactions as the main reasons they would try digital banking. 85% said they would switch to digital banking if they could benefit from its lower costs.

Since the need for digital banking services is relatively strong in the Philippines, digital lenders are likely to grow faster than in more developed economies. Tonik began operating in March under a rural bank license it acquired in December 2019 and says that it attracted more than US$20 million in retail deposits in less than a month's time. Impressive, although with interest rates of up to 6% per annum, customer acquisition will not be cheap.

Meanwhile, South Africa-based Tyme will also likely apply for a digital bank license in the Philippines. In February, Tyme announced it had raised US$109 million from investors for expansion in Southeast Asia. The Philippines conglomerate JG Summit Holdings will reportedly take a 5% stake in Tyme’s digital bank in the country. Partnering with JG Summit will give Tyme access to a wide range of potential customers, both retail and corporate.

More in this category: « P2P lending grows steadily in Indonesia Profitability is a ways off for Hong Kong’s virtual banks »
back to top