Philippines at risk of returning to money laundering blacklist 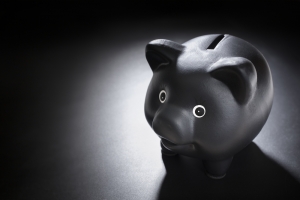 The Philippines is in danger of being listed once again as a high-risk money laundering country by the Financial Action Task Force (FATF), a global AML watchdog. To avoid ending up on a list that includes countries such as North Korea and Iran, Manila must address weaknesses in its AML and counterterrorism financing capabilities.

FATF removed the Philippines from its list of countries with strategic AML deficiencies in June 2013 after noting Manila's establishment of a satisfactory legal and regulatory framework to combat financial crime. The Philippines had been previously subject to FATF's monitoring process since October 2010.

Manila certainly does not want to end up on FATF's blacklist again. Countries designated as having strategic AML deficiencies are subject to an extra layer of scrutiny in their international banking transactions. The additional compliance requirements could discourage foreign direct investment in the Philippines, which is currently one of Asia's fastest growing economies. In the third quarter, the Philippines economy grew 6.2% annually, behind only Vietnam (7.3%).

Overseeing the Philippines' 12-month campaign to boost its AML and counter-terrorism ability will be the Asia-Pacific Group on Money Laundering (APG), a regional intergovernmental organization similar to FATF.

APG has uncovered a number of deficiencies in the Philippines' AML and counter-terrorism regime. Most importantly for APG, Manila has largely failed to prosecute and convict people for money laundering and terrorism financing crimes. Without sufficient investigations and convictions, it is difficult for any country to claim that it is serious about AML to APG and FATF.

According to APG, there were only 20 reported cases of money laundering in the Philippines from 2013-2018, resulting in 10 prosecutions and five convictions. No terrorism financing cases were prosecuted. Yet, the Philippines' Anti-Money Laundering Council (AMLC) estimates that up to US$342.3 billion was laundered through the nation's banking system from January 2013 to December 2017. That sum is greater than the Philippines 2017 gross national product of US$303 billion, Asia Sentinel noted in May.

At the same time, Manila must further tighten AML controls at its casinos. Globally, the standard for reporting a casino transaction to regulators is usually $US10,000. Yet in the Philippines' online casinos, the threshold is US$100,000.

Further, the Philippines permits proxy betting companies to operate in casinos. Gambling in a casino on behalf of a third party is typically not permitted in the U.S. or Europe and was recently banned in Macau to reduce money-laundering risk.

More in this category: « Hong Kong's banks face rocky road ahead How will open banking affect financial services in South Korea? »
back to top