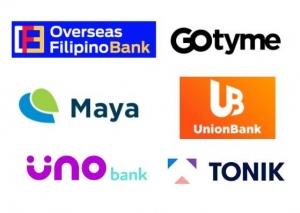 Despite being recent arrivals to the Philippine financial services market and not having – at least for the most part – a large deposit base yet, the country’s digital banks are shaking up the market, prompting major fintechs without banking licenses and traditional lenders alike to step up their game. The Philippine central bank recently greenlighted one more digital bank, GoTyme, to start its operations while both UNObank Inc. and Aboitiz-led UnionDigital Bank Inc. started commercial operations last month.

On July 29, GoTyme said it had received a “certificate of authority” from Bangko Sentral ng Pilipinas (BSP), which marks the final stage of clearance for the firm to operate as a digital bank in the country. The digital bank, which is a partnership between the local Gokongwei Group and Singapore-based digital banking group Tyme, earlier completed the filing of an application for the authority to establish a digital bank with the BSP and the issuance of the authority to register with the Securities and Exchange Commission (SEC).

GoTyme began in South Africa in 2019 as simply “Tyme.” It swiftly gained a following by undercutting incumbents on fees and signing up customers through in-store kiosks in a large supermarket chain. Measured by account numbers, Tyme is one of Africa’s most successful digibanks. It claims to have signed up almost 3 million customers in its first two years of operations.

GoTyme will look to build on that experience with kiosks in the Philippines as it plans to allow the opening of accounts and the issuance of a free personalized debit cards in digital kiosks located in Robinsons Malls and Robinsons Supermarkets. Robinson Retail Holdings, the parent of those two stores, is the second largest retail chain in the Philippines with more than 270 stores.

For its part, UNObank calls itself a “credit-led full spectrum digital bank” and has plans to expand throughout the region. On August 7, its Singapore-headquartered parent UNOAsia Pte Ltd raised US$11 million in a pre-Series A round led by Creador Private Equity.

Not to be outdone, non-digibank but Alibaba-backed e-wallet GCash has been highlighting its massive user base, which has reached 66 million users (in a country of 110 million), GCash president and CEO Martha Sazon said during the recent Mobile 360 Asia Pacific FinTech Summit. Rather than be a digital bank itself, GCash is choosing strategic partners that can offer banking services on its platform, including BPI, ATRAM and CIMB, as well as various government agencies, insurance, and fintechs.

This business model represents “a conscious thought that we make because we know that financial inclusion is a complex, difficult journey. So, we choose to collaborate rather than compete," Sazon said.

More in this category: « Can Toss Bank learn from Kakao’s mistakes? How worried should Malaysia’s incumbent lenders be about digital banks? »
back to top