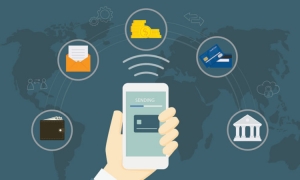 In Asia Pacific, digital banking is a tale of two different types of markets. In advanced economies like Hong Kong, Singapore, digital banks often lack a clear value proposition and have limited disruptive capabilities. In developing countries, it is a very different story, and perhaps none more so than the Philippines. The Philippines’ geography, large unbanked population and fast-growing mobile internet connectivity make the country uniquely suited to branchless neobanks.

Geography is one of the most obvious but often overlooked factors when it comes to a market’s suitability for digital banks. Consider Hong Kong and Singapore. Both are small places, where a bank branch is never that far from the customer. In that kind of market, it is harder to convince people that what they most need is branchless banking. It is a convenience, not a necessity.

In the Philippines, the situation is quite different. The archipelago country is made up of more than 7,640 islands, of which 2,000 are inhabited. Those who live in or close to major metropolitan areas like Manila have access to plenty of bank branches, but about 58 million Filipinos (almost half of the population) live in rural areas with very limited access to banks.

From the standpoint of incumbent lenders, it is costly to establish physical outlets in rural areas. For the rural population, strict KYC procedures, a lack of funds and sometimes both factors discourage many from opening accounts.

With that in mind, it is unsurprising that the Philippines has 51.2 million unbanked adults – about 71% of the population – and that digital banks see a huge market opportunity. Consider Tonik, headquartered in Singapore, but focused on the Philippines. The company says that it signed up 100,000 accounts since its March launch. In its first month, Tonik accrued more than one billion pesos ($20 million) in retail deposits. The retail deposit base reached more than 4.4 billion pesos by the end of October.

In a recent interview with Nikkei Asia, Tonik founder and CEO Greg Krasnov said of the Philippines, "we are talking about a market with potential values of up to US$140 billion in retail deposits and US$100 billion in lending,” adding that incumbent lenders "simply do not offer compelling propositions, especially for loans."

If digital upstarts can check all the KYC boxes, issue loan approvals more consistently and quickly than incumbents, and tailor product offerings for their target market, they will likely be able to grow significant market share.

No wonder why some incumbents are now launching digibanks of their own. Overseas Filipino Bank and a unit of state lender Land Bank of the Philippines are among the five current holders of Philippine digital bank licenses.

For their part, industry observers are sanguine about the prospects of Philippine digital banks. The Economist Intelligence Unit (EIU) even expects digibanks to eventually surpass incumbents, becoming “the primary bank of choice for customers.”

To be sure, that will not happen overnight. EIU notes that incumbents control 60% of loans and assets. And they enjoy customer trust, which takes a long time to earn.

But to stay competitive, incumbents will need to up their digital game, whether that means launching a full-fledged digibank or enhancing existing products and services. Rizal Commercial Banking Corporation may be the next to go the former route. It missed the first round of licensing, but is in the process of setting up a digital bank.

More in this category: « Siam Commercial Bank has high hopes for fintech Digital banking heats up in Indonesia »
back to top