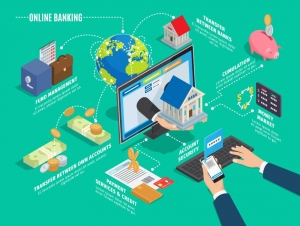 The Philippine central bank BSP decided in October 2021 to cap the number of digital bank licenses at six for the next three years. It awarded licenses to Overseas Filipino Bank, Tonik Digital Bank, UNObank, Union Digital Bank, GOtyme and Maya Bank. The BSP wants to see how the arrival of digibanks affects the country’s financial industry before it issues any new licenses. Thus far, the digital lenders appear to be stimulating a huge amount of market activity.

At this stage of the game, none of the Philippines’ six licensed digibanks has a clear competitive advantage. The incumbent lenders that have introduced digital subsidiaries, like Union Digital Bank and Overseas Filipino Bank, can tap their existing customer bases, but they may lack the agility and frictionless interface that have come to be associated with native digital lenders.

Two of the digibanks have yet to go live: GOtyme and Maya Bank. GOTyme is likely to launch by the middle of the year while Maya Bank is targeting to go live by the end of the first quarter. Tencent-backed PayMaya is, along with Alibaba-backed GCash, one of the most successful digital wallets in the Philippines.

PayMaya is in fact the only company that started out as an e-wallet to be awarded a digital banking license, and it will be interesting to see if it follows in the footsteps of WeChat Pay, which was able to leverage its large existing customer base when it expanded from payments into banking. As of mid-2021, PayMaya and its remittance service Smart Padala reportedly had 38 million registered users and 250,000 digital finance access touchpoints (such as convenience stores), which will allow Maya Bank to reach deeply into the Philippines’ vast rural areas.

For its part, Tonik Digital Bank is stepping up expansion. In February, Tonik closed a US$131 million Series B funding led by Mizuho Bank and new investors including Prosus Ventures, Sixteenth Street Capital and Indonesian family office Nuri Group. According to Nikkei Asia, Mizuho bought roughly 10% of Tonik’s shares for US$60.6 million and hopes to use the investment to gain a stronger foothold in Southeast Asian digibanking.

"The partnership with Mizuho will provide Tonik with enhanced access to the international wholesale funding markets and world-class managerial talent, as well as serve as a fantastic platform for our future international expansion," Greg Krasnov, founder and chief executive of Tonik, said in a press release.

Also in the press release, Daisuke Horiuchi, managing executive officer of Mizuho's Retail Business Company, said that Tonik is poised to grow into of the largest lenders in the Philippines and suggested that it could eventually expand regionally as well.

More in this category: « How can Cambodia fix its financial crime problem? Assessing Revolut’s latest APAC expansion »
back to top