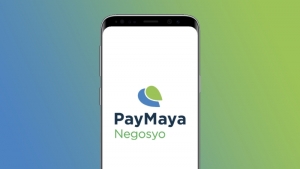 Just a few months into its digital bank fast-tracking experiment, the Philippines decided to slow things down by limiting the number of digital bank licenses to seven for the next three years, effective September 1. Interest in the digibanking licenses has been strong among both digital upstarts and incumbent lenders, perhaps even stronger than the Philippine central bank (BSP) had expected. The newest winner – and perhaps the last for some time – in the country’s digibanking race is Voyager Innovations’ PayMaya, one of the Philippines’ leading e-wallets.

PayMaya’s win of a digibanking license is significant because it marks the first time a prominent digital wallet with a large existing customer base in the Philippines has gotten the green light from the regulator to serve as an online lender. As of June 2021 PayMaya and its remittance service Smart Padala reportedly had 38 million registered users, double the number 18 months ago and 250,000 digital finance access touchpoints (such as convenience stores), where users can top up their accounts. Because these touchpoints are more prevalent than ATMS and physical bank branches, PayMaya’s services are more accessible than those of traditional banks in the Philippines’ rural areas. PayMaya is also well funded, having raised US$452 million since 2018 and US$167 million in a funding round that closed in June.

PayMaya’s move to become a licensed digital bank stands in stark contrast to that of Ant Group-backed GCash, which has passed on the license and is instead wagering that serving as a platform for other financial services providers is the way forward. GCash’s strategy will give it access to a huge number of potential customers, but customer acquisition costs could be too high unless its partners are willing be responsible for most of the subsidies.

The other five online lenders in the Philippines are the state-owned OF Bank, Singapore-based Tonik Bank, UNObank, UnionDigital Bank, and Gokongwei-backed GoTyme. At this early stage, no single lender has a clear competitive advantage, but those spun off incumbents can potentially leverage existing customer bases and networks.

Meanwhile, the BSP’s decision to cap digibanks licenses at seven for the next three years should give incumbents some breathing room to better position themselves to compete against the online lenders. Indeed, the Philippine central bank has a careful balancing act to perform: Boost financial inclusion to meet targets for 2023 - Digitize at least 50% of total retail transactions and bring 70% of Filipino adults into the formal financial system - while promoting healthy competition and hopefully some innovation in terms of products and services.

When considering the prospects of online lenders, it is important to keep in mind just how large and underbanked the Philippines is. The country has a population of 107 million and just over 1/3 of adults have a bank account. Less than 10% has borrowed from a financial institution, according to the World Bank's Global Findex. However, as Fitch Ratings noted in a recent research note, over 41% has borrowed from family or friends, indicating significant unfulfilled demand for credit.

More in this category: « Revolut eyes Australia banking license New regulations could be boon for digital banking in Indonesia »
back to top