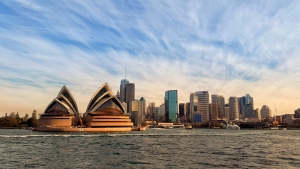 The neobank business model relies on spending heavily to grow large fast. Investors expect that a digital bank that achieves sufficient scale can be profitable, even if it racks up huge losses along the way. In economic boom times, as VC cash flows freely, neobanks may get ahead of themselves.

In fact, Xinja has been subsidizing its customers. To quickly grow its deposit base, Xinja offered an eye-catching 2.25% savings interest rate on its "Stash" accounts. The idea was to reward early Xinja adopters with an unusually high interest rate for a savings account. The company attracted 25,000 customers and AU$350 million in deposits before putting the scheme on ice in March as the Reserve Bank of Australia cut the official cash rate to a record low of 0.5%.

Xinja eventually lowered the interest rate to 1.8% in April. Still, AFR estimates that that the neobank is spending AU$9 million a year for those customer deposits. Meanwhile, it does not yet have any lending products. Xinja needs to generate some income from borrowers sooner rather than later.

The band-aid solution is a massive capital injection. That appeared to come in April when Xinja announced it raised AU$433 million from Dubai-based World Investments to take a 40% stake in the company. The cash, however, hasn't arrived as quickly as anticipated. Amid the pandemic, UAE regulators are reportedly moving slower than usual. In May, Xinja managed to raise AU$10 million in equity while waiting on the UAE cash.

Xinja's rivals 86 400 and Up also offer a 2.25% savings interest rate, but they have lending businesses that allow them to earn a margin on their deposits. 86 400 has offered home loans since Nov. 2019, while Up can provide lending services through its partner, the incumbent bank Bendigo.

86 400 chief executive officer Rob Bell told The Australian in July that it is weathering the economic downturn well. Both its mortgage book and the number of brokers able to offer home loans are growing, he said, adding: “Our business model means we are incredibly well-positioned to operate in volatile and low interest rate environments."

Meanwhile, Sydney-based Volt has been forced to delay the launch of its lending products and an expected IPO as well as jettison an AU$50 million fundraising round targeting global investors. If the pandemic is brought under control, Volt may go public in 2021.

More in this category: « Digital banking race in Malaysia accelerates Can Taiwan become a regional financial center? »
back to top