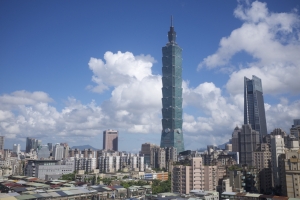 One reason the digital banks are unable to launch on schedule is that some of them have hired foreign engineers to set up their IT systems, and the engineers have been unable to enter Taiwan, Banking Bureau Deputy Director Sherri Chuang told The Taipei Times. From roughly mid-March until late June, the only foreigners permitted to enter Taiwan were those with alien residency cards. In late June, Taiwan opened its borders to business travelers from low and medium-risk countries and territories (as deemed by its Center for Disease Control) with the opportunity for a reduced quarantine - five days instead of 14.

Chuang did not specify which of the banks were affected, but we can do some educated guesswork. The parent companies of Line Bank and Rakuten Bank are both based in Japan. While Rakuten says that its foreign engineers arrived in Taiwan last year, Line Bank has yet to comment on the matter.

As for Next Bank, its ownership is based in Taiwan. Next Bank told The Taipei Times most of its engineers are local, and that the pandemic has not had a big impact on its launch plans. The Chunghwa Telecom-backed neobank plans to launch by late September or early October.

One challenge faced by Taiwan's virtual banks - more so than in Hong Kong, Singapore or Korea - is local attachment to cash use. While Taiwan has been speeding up mobile payments penetration, many small merchants and most taxis still only take cash. This holds especially true outside of Taiwan's major cities. The pandemic has failed to spur any changes in this behavior, perhaps because Taiwan's government has never urged its people to use cashless payments for hygiene reasons. There hasn't really been a need. Taiwan has controlled the pandemic with its existing anti-epidemic measures, including mandatory mask use on public transport and an effective contract tracing system.

Of the three digital banks, Line Bank has an overall edge thanks to its strong brand cachet and user base in Taiwan. Line's messaging app has 21 million users in Taiwan, about 91% of the population. The digital wallet Line Pay is the market leader in mobile payments with a 27.3% market share, according to the Taipei-based Market Intelligence & Consulting Institute (MIC).