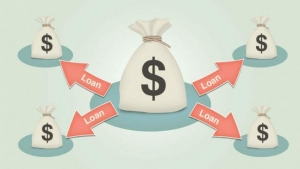 When South Korea introduced a peer-to-peer (P2P) lending law last year, it seemed regulators had paved the way for the industry to grow stably. Seoul recognized that P2P lending could promote financial inclusion. The industry just needed proper supervision to minimize fraud and loan delinquency. However, the loan delinquency rate is rising, Korea's fintech giants are cutting their ties with P2P lenders and many of the firms are struggling to meet the law's requirements.

The Act on Online Investment-Linked Financing, which went into effect in late August of 2020, requires P2P lenders to have paid-in capital of at least 500 million won and register with the country's financial watchdog within a year. Yet despite the modest capital requirements, as of mid-February, just six Korean P2P lenders had submitted an application to register with the Financial Supervisory Service.

If P2P lenders fail to register by the August 2021 deadline, they could face a fine of less than $84,200 (KRW100m) or a jail term of less than three years. Faced with those penalties, many of Korea's P2P lenders will be forced to shut down unless regulators extend the grace period. The industry could end up fading away as it did in China, albeit with a lighter regulatory touch.

There are several reasons for P2P lending's decline in South Korea. First, compared with other fintech segments, it is more prone to skullduggery. There is often a lack of transparency. Things can go wrong easily. Some high-profile court cases are hurting the industry's reputation with Koreans. For instance, Seoul-based Tera Funding has been entangled in litigation since August 2020. In the first lawsuit, 500 investors alleged that the company committed fraud. In a second lawsuit, investors are accusing the company of delaying payments and misusing their funds. In January, the Financial Supervisory Service sanctioned six P2P lenders for charging interest rates that exceeded the legal maximum.

At the same time, the delinquency rate has been rising. According to The Korean Herald, it reached nearly 23.5% in February, up 9% over the same period a year earlier and the highest since tracking of the data began in November 2017.

Meanwhile, South Korea's largest digibanking platforms are cutting their ties with P2P lenders. Viva Republica's Toss, which has 18 million users, ended its partnership with Tera on March 4. Kakao Pay, the payments arm of the super app (which has 48 million users of its messenger service) may also stop working with P2P lending platforms.

Without the reach of the Korean fintech giants and the legitimacy their names provide, P2P lenders will have a harder time generating revenue.

Tags:
More in this category: « Sea Group shrugs off US$1.62 billion loss Traveloka sees fintech pivot as integral to successful exit »
back to top