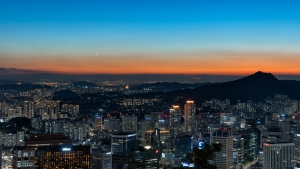 Peer-to-peer lending is one of the fintech segments that most struggles to gain credibility. Next to cryptocurrency, it may be the most susceptible to scams. But it is not only borrowers who are at risk. Lenders can easily get burned when borrowers default. Since many borrowers on P2P lending platforms are those unable to get a loan elsewhere, their credit is typically not optimal.

In South Korea, delinquency rates have steadily risen to more than 9.3% compared to just 0.42% in 2016, according to the Korea P2P Finance Association. "Simply put, [P2P businesses] lent money to projects or individuals with low credit scores, which leads to high delinquency rates and high risk of losing money,” Kim Sang-bong an economics professor at Hansung University, told Korea Joongang Daily in February.

For their part, Korean regulators recognize that P2P lending offers a good alternative financing channel for individuals and businesses who may struggle to get a bank loan. Korea ranks credit scores on a scale of 1 to 10, with 1 being the best. Commercial banks often deny loans to anyone with a score worse than 3, which by some estimates could include more than half of Korean adults.

Thus far, the FSC looks intent on regulating P2P lending rather than curbing it - as China has done. In the absence of widespread, large-scale fraud, regulation is more reasonable than elimination. Under a law set to take effect in August - the first in any country focused on P2P lending -  P2P lenders must have minimum capital of 500 million won ($430,000) to receive a license. P2P lenders must also distinguish between their working capital and funds raised through their lending business.

More in this category: « Grab teams up with Japan's largest bank Hong Kong's future as a financial center at a crossroads »
back to top