P2P lending in Indonesia has a way forward 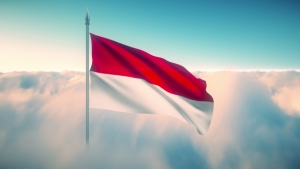 Slowly but surely, peer-to-peer (P2P) lending is becoming a sustainable and regulated industry in Indonesia. A recent regulatory crackdown aimed at consolidating the sector into a smaller number of compliant, above-board firms has borne fruit. Unlike China, Indonesia has decided that P2P lending can serve a legitimate financial inclusion role. Having the benefit of hindsight, Jakarta moved to proactively regulate P2P lending.

China’s experience remains a cautionary tale about how P2P lending can go wrong in a large emerging economy if it is not regulated properly and early on. In August 2020, Guo Shuqing, chairman of the Chinese Banking Regulatory Commission, said investors in China were facing losses of RMB 800 billion yuan (about US$119.5 billion) in unpaid debt due to failed P2P lending platforms.

Cognizant of China’s experience, Indonesia has taken a number of steps to stamp out malfeasance in the P2P lending sector and allow it to grow sustainably. Last fall, Indonesian president Joko Widodo called for a moratorium on new permits for peer-to-peer (P2P) fintech lenders, which followed a hike in minimum capital requirements to IDR15 billion from IDR2.5 billion. By the third quarter of 2021, the number of registered P2P lenders in Indonesia had fallen to 116 from a high of 164 at the end of 2019.

On May 1, Indonesia began to implement a tax on the services provided by fintech companies, which the government says is intended to “level the playing field” with incumbent financial firms. On P2P lending services, the government will impose income tax based on the gross interest obtained by the lender, which is the same policy used on capital gains in the stock market. P2P platforms registered with the Financial Services Authority (OJK) have the obligation to collect the income tax and submit it to the government.

The acquisition will allow Investree Singapore, which operates in Indonesia under PT Investree Radhika Jaya, to provide more services to its main market of MSMES in Southeast Asia’s largest economy.

Navin Nahata, managing director (fintech and infrastructure) at Tolaram Group, said in a statement: “We believe Investree’s deep knowledge of the local MSME financing space will allow Amar Bank to accelerate its various product diversification efforts to tackle an important but historically underserved segment of the Indonesian economy.”

More in this category: « Hong Kong’s virtual banks have yet to establish a clear market niche Taiwan grapples with rising digital financial crime »
back to top