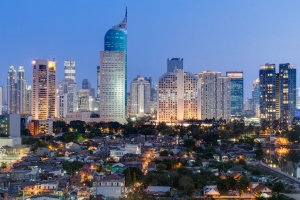 Indonesia’s peer-to-peer (P2P) lending sector is growing steadily after a pandemic-induced slowdown in 2020. Regulators, mindful of the sector’s ability to boost financial inclusion but wary of the risks that can build up when oversight is too light, have been gradually issuing licenses to legitimate companies while penalizing bad actors.

In April, Indonesia’s Financial Services Authority (OJK) issued 10 operating licenses to P2P companies, among them Dhanapala, the lending arm of Tokopedia. That brought the total number of licensed P2P lenders to 56, with another 90 waiting in the wings with registration letters.

That may sound like quite a few P2P lenders, but keep in mind the size of the Indonesian market (275 million people) and the large unbanked and underbanked population. Compared to other countries in the region, Indonesia has a very low loan disbursement per gross domestic product (GDP) ratio, especially in the SME segment. Boan Sianipar, a vice president at the Indonesian fintech lender Kredit Pintar, estimates that in 2020 licensed P2P lending platforms disbursed 73 trillion IDR, or 7.3% of existing credit needs, suggesting a significant market opportunity remains.

In an April article on Medium, Sianipar noted that the pandemic forced many P2P lenders to turn off the credit spigot but that things started to pick up again in October 2020. However, it has a long way to go to reach pre-pandemic levels. Currently, loan disbursements are roughly US$618,000, compared to more than US$1,500,000 before the pandemic hit.

One metric auguring well for the industry is a falling loss rate (no payment after 90 days), which peaked at 8.88% in August 2020, according to data compiled by the OJK. By February 2021, the loss rate was just 1.59%. The falling loss rate likely reflects a steady economic recovery in Southeast Asia’s largest economy. Indonesia’s GDP contracted 0.74% in the first quarter, an improvement over a contraction of 2.19% in the quarter ended December 2020.