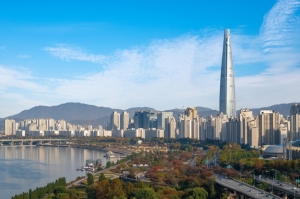 Earlier this year, it was unclear if peer-to-peer (P2P) lending had a future in South Korea. Legislation passed in August 2020 to curb malfeasance in the industry had made it harder to operate legally. This legislation banned P2P lenders from lending money they borrow from commercial banks and required they have paid-in capital of at least 500 million won (US$440 million) and register with the Financial Services Commission (FSC) within a year. The regulator’s decision to license several prominent P2P lenders signals that the industry has a way forward in South Korea.

In early June, the FSC approved the first group of P2P firms under last year’s Act on Online Investment-Linked Financing and User Protection. Three of six applicants were given permission to register with the government: People Fund, 8 Percent and Lendit. The FSC did not mention why three other applicants were not approved, but it did say it will continue to review applications.

People Fund officials said that the company plans to relaunch loans for individual users from June 14, with a focus on mid-rate loans. They had halted loan services for individuals while applying for the registration. “We have accumulated a database and know-how in mid-rate loans over the past five years and with these experiences we will provide differentiated loan products to our customers,” People Fund CEO Joey Kim told local media.

Some P2P lenders in South Korea have been penalized by the FSC or bogged down in litigation. For example, Seoul-based Tera Funding is facing two lawsuits. In one of the cases, 500 investors alleged that the company committed fraud. In a second lawsuit, investors are accusing the company of delaying payments and misusing their funds. In January, the FSC sanctioned six P2P lenders for charging interest rates that exceeded the legal maximum.

The delinquency rate has also been a problem for the P2P lending sector. According to Midrate, a firm that analyzes industry data, the average delinquency rate of 121 South Korean P2P firms was 23.5% in February, 9% higher than a year earlier and the highest since data first was made public in November 2017.

Meanwhile, P2P lending firms must be registered with the government by Aug. 26, 2021 to not fall afoul of the new law. If P2P lenders fail to register by that deadline, they could face a fine of up to 100 million won (US$88,000) or a jail sentence of less than three years. According to The Korea Herald, 41 P2P lenders had applied to be registered as an online investment business as of June 9.

More in this category: « Profitability is a ways off for Hong Kong’s virtual banks Can NAB sort out its compliance shortcomings? »
back to top