Not all Aussie neobanks are birds of a feather 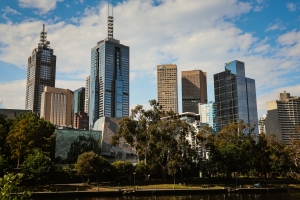 December was an eventful month for Australia's neobanks. Xinja's demise made waves, showing that it does not pay to keep building atop a flimsy foundation. Castles in the air must come down. And yet, some Aussie neobanks are thriving. Shortly after Xinja said it would turn in its banking license, Australian Financial Review reported that Judo Bank was set to raise up to AU$200 million from investors, bringing its valuation to AU$1.65 billion.

Judo's new capital injection is no surprise: The company had planned to complete the fundraising before year-end. That it did so successfully shows that investors remain sanguine about Judo's prospects even as Xinja's collapse has raised concerns about the viability of digital banks in Australia.

To be sure, any digital bank in Australia faces certain challenges, in particular how to capture market share from powerful entrenched incumbents: the Big Four of Westpac, Commonwealth Bank of Australia, Australia and New Zealand Banking Group and National Australia Bank. That is no easy task. Judo differs from Xinja, Volt, 86 400 and other Aussie neobanks in its focus on the SME market. By avoiding taking on the Big Four in retail banking, Judo has been able to conserve precious resources and concentrate on developing a viable lending business to SMEs.

Covid-19 did not derail Judo's business. On the contrary, Judo has found the opportunity in the worst crisis Australia has faced since World War 2, growing its loan books while incumbents tighten credit. As of November 2020, although bank lending to Australian SMEs had fallen more than 2% during the pandemic, Judo's lending business had risen 40% to AU$2.5 billion.

Not that everything is rosy for Judo. In the fiscal year ending June 2020, its losses doubled to AU$50.5 million from AU$26.8 million a year earlier. The Melbourne-based neobank expects 18% of A$424 in loans requiring close monitoring to become NPLs.

Still, on the whole Judo's business model looks sustainable. The neobank says it has been discerning about its customers. In a December interview with Australian Financial Review, Judo's founders said that they believed businesses that found ways to adjust their expenses during the pandemic while holding onto to their employees “would be well positioned to bounce back in the post-COVID environment."

If market conditions are right, Judo will likely list on the ASX in the second half of 2021. It has reportedly hired Goldman Sachs to work on the deal.

Xinja, meanwhile, blamed the pandemic for its decision to throw in the towel. "But after Covid-19 and an increasingly difficult capital-raising environment affecting who is willing to invest in a new bank, we are convinced that the best thing is for Xinja is to pivot away from being a bank," chief executive Eric Wilson wrote to customers in an email.

More in this category: « Why did Gojek invest US$160 million in Bank Jago? Philippines must enact tougher AML measures to stay off FATF grey list »
back to top