No great loss: Sea Group has a cracking Q1 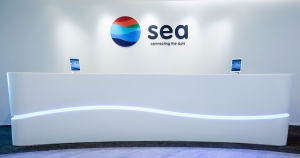 It never felt so good to lose US$422 million. Just ask Sea Group. Southeast Asia’s most valuable listed company indeed went deeper into the red in the first quarter, but its revenue also grew 147% year-on-year to US$1.76 billion. Investors like what they see. Sea’s stock price has risen almost threefold to US$246 from roughly US$83 a year ago.

Sea has perhaps the strongest ecosystem of any platform company in the region, composed of gaming (Garena), e-commerce (Shopee), fintech (Sea Money) and food delivery (the newest addition). Gaming was once the top revenue driver but has been overtaken by e-commerce, which generated US$922 million in the first quarter, up 250% on an annual basis. Gaming was close behind with US$781 million.

Yet it is fintech that Sea is increasingly banking on to drive its future growth. "Digital financial services in our region are at early stages and we expect use cases to grow," Sea Group chairman and CEO Forrest Li told investors in a recent call.

For the moment, that is primarily restricted to low-margin payments. However, Sea has the advantage of a large ecosystem from which it can draw users, whether for in-game purchases or e-commerce transactions. With Shopee ascendant, it is no surprise that payment volume in Sea’s mobile wallet segment grew 300% to US$3.4 billion in the first quarter. The company’s quarterly paying users for mobile wallet services also reached about 26.1 million during the same period.

That’s just the tip of the iceberg though. Sea has a digital bank license for Singapore and the equivalent in Indonesia, thanks to its recent acquisition of Indonesian local lender Bank BKE. Spared of the trouble of having to apply for the license in Southeast Asia’s largest economy, Sea will focus on transforming Bank BKE into a viable digital lender. While Indonesian regulators will likely require Bank BKE to prepare IDR 3 trillion (US$213.6 million) in capital, that will be a breeze for Sea, which has a market capitalization of US$129 billion.

Sea’s biggest rival in Indonesia will be the merged Gojek-Tokopedia entity GoTo, which could prove to be a formidable challenger. The Singaporean firm still enjoys the advantage of being able to raise capital cheaply in public markets for now, but GoTo will go public itself before too long, likely in both New York and Indonesia. At the same time, GoTo will be laser focused on its home market of Indonesia, while Sea has substantial operations in a number of regional markets and has even forayed into Latin America.

With about 83 million of its 267 million people unbanked, the Indonesian market may prove to be large enough for Sea, GoTo, Grab (which will likely acquire a local lender of its own) and others. But Sea will need to be careful about spreading itself too thin with costly forays into distant markets, especially when it has yet to turn a profit.

More in this category: « Australia gets tougher on financial crime Digital banking heats up in South Korea »
back to top