New regulations could be boon for digital banking in Indonesia 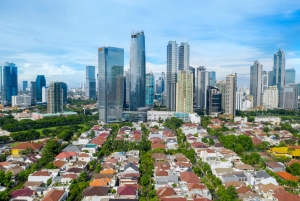 Given that Indonesia is Southeast Asia’s largest economy, the decisions it makes about digital banking will have a large effect on fintech development in the region. To date, Jakarta has moved cautiously, despite the pandemic-driven transition to online banking that has swept the region. There are signs, however, that Indonesian regulators are keen to get the ball rolling. They will take a somewhat different approach than their counterparts in Singapore, the Philippines and Malaysia though.

Rather than focusing on issuing licenses to brand-new digital banks, the OJK (Indonesia’s Financial Services Authority) is creating a regulatory framework that facilitates the purchase of existing banks by other companies (likely tech giants) and the incumbents’ conversion to digibanks. The buyers can be local or foreign. In fact, under rules promulgated in August, foreign entities can now hold as much as 99% in a local lender, a more than doubling from the previous 40% cap.

By increasing the capital requirement to set up a new bank to at least 10 trillion rupiah ($695 million) from 3 trillion rupiah previously, the OJK is ensuring that only the best capitalized firms will venture into digital banking. It is not dissimilar to the approaches Singapore and Malaysia have taken.

The new regulations will likely pave the way for would-be digibanks to thrive. Their potential market is huge. While Indonesia has 270 million people, just half of adults have a bank account but 70% own a smartphone.

Among the digital lenders affected by the new regulations are SeaBank, the erstwhile Bank Kesejahteraan Ekonomi (Bank BKE), that Sea Group acquired in February; Bank Jago, in which Gojek has a 22% stake, and Bank Neo Commerce. The Indonesian fintech Akulaku, whose backers include Ant Group, is moving to become Bank Neo Commerce's controlling shareholder.

The new regulations should also allow banks to obtain permits for new services more quickly. In the past, it could take 60 days or more to get those permits. The process is now capped at 14 working days. Further, a permit is no longer needed for basic services like savings and transfers. It is now sufficient for a bank to report them to the OJK.