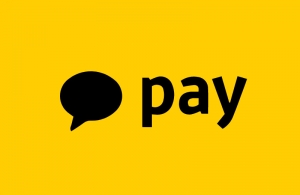 2022 is turning out to be the year that Asia’s super apps must swallow their pride. For Korea’s Kakao, whose digital bank became the country’s most valuable lender following its IPO in August 2021, the fall from grace has been swift and painful. Both Kakao Bank and the company’s payments arm Kakao Pay have struggled with falling market capitalizations since late 2021, while a scandal in which Kakao Pay executives swiftly sold off their shares in the company after the IPO undermined public trust in the Kakao brand. Ant Group’s decision to reduce Alipay's stake in Kakao Pay has dealt another blow to the Korean platform company.

Alipay's sell-off of Kakao Pay shares has both strategic and symbolic significance. Indeed, Kakao’s fintech foray has dovetailed with Ant Group's investment in its payments arm. In February 2017, Ant invested US$200 million in Kakao Pay, in a move to boost its presence overseas. The deal allowed Ant to offer its services in Korea through Kakao’s payments app. For Kakao, the investment not only provided a large capital injection but also Ant’s fintech know-how. At the time, Ant’s business in China was booming; it was one of the world’s most successful fintech firms.

Fast forward to today and Ant is no longer so dominant. Caught in a severe regulatory crackdown in China, and forced to restructure in a way that will reduce its profitability, Ant faces financial pressure. It is thus no surprise that Alipay sold off 5 million shares - 9.8% of the total 39% stake it then held in Kakao Pay - in a block deal. After South Korean media broke the news on June 8, Kakao Pay’s stock price fell almost 16% to close at 89,500 won. It has since fallen even further to about 67,800 won. Clearly, investors are not happy about the news.

Following Alipay's sale of Kakao Pay shares, some observers are concerned that a similar sell-off could happen with Kakao Bank. The reason for their concern is that a Singapore-based Tencent subsidiary, Skyblue Luxury Investment, Ptd. holds a 1.6% stake (about 7.6 million shares) in the digital lender. However, because Tencent’s stake is so much smaller than Alipay’s in Kakao Pay, were Tencent to sell its shares in Kakao Bank, the effect would likely be less dramatic.

Meanwhile, after growing rapidly in Korea for five years, Kakao appears to be looking overseas for new expansion opportunities even as it ramps up certain fintech services at home. We are circumspect about these plans. After all, Kakao Bank reached profitability fast (for a digital bank) in part because it did not burn cash on pie-in-the-sky projects overseas.

While there may be some legitimate opportunities for Kakao to roll out fintech services in Southeast Asia, it is thinking much bigger than that, not just the entire world, but a “Kakao Universe.” At a recent press conference, CEO Namkoong Whon noted that Kakao’s 50 million users in Korea account for just 1% of the global population. With this user base, the company’s ability to expand internationally is limited, he said. However, going forward, Kakao will target “99 % of users globally, so KakaoTalk, which has been based on acquaintances so far, will in the future connect people with the same interests.”

Let’s hope Kakao does not get overly ambitious. It need only look to efforts by Alipay and WeChat to see how super apps that enjoy great success in a homogenous domestic market struggle to replicate that success in diverse international markets.