Malaysian incumbent banks prepare for the arrival of digital challengers 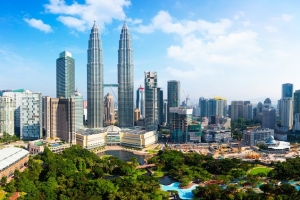 While a certain amount of hype surrounds digital banks, one thing about them is for sure: Their very presence intensifies competition in the market, drawing attention to incumbent complacency. Now that Malaysia’s central bank plans to issue five digital banking licenses in the first quarter of 2022, the country’s traditional banks are moving to head off the challenge – or at least prepare themselves well.

With the arrival of digital challengers imminent, Malaysian incumbent banks have a few factors working in their favor. One is that 92% of Malaysian adults have a bank account. Although different surveys indicate varying degrees of satisfaction with the services of incumbents, don’t hold your breath for Malaysians to switch over en masse to digital banks just because of a slick app and accompanying marketing campaign. In a relatively mature banking market like Malaysia’s, there is not the low-hanging fruit of Indonesia, the Philippines or Vietnam, where the majority of the adult population is unbanked.

Malaysian incumbent banks, much like their counterparts in Singapore, also have plenty of time to prepare for the digital banks. Bank Negara Malaysia will announce the winners of the licenses in early 2022, but they may not go live right away. Meanwhile, incumbents have known that the digital banks were a sure thing since early 2021.

Incumbents are not wasting any time preparing for the new competitiors, according to research by Forrester commissioned by Backbase. The study, published in early October, found that 64% of Malaysian retail banks are upping their spending on digitization and financial wellness initiatives, which is the highest in the Asia-Pacific region. 67% of consumers surveyed said they used their institution’s existing mobile app; 87% say an outstanding mobile app is "an attribute they value from financial services providers" and 82% use their smartphone for everyday banking.

Backbase Regional VP in Asia Pacific Iman Ghodosi told Malaysia media, “The urgency and focus behind this are clear — Malaysia has five of the hottest digital banks waiting to explode into the banking scene and take market share next year.”

To be sure, the digital challengers will intensify market competition, but it is hard to assess their formidability when the winners of the licenses have yet to be named.

Meanwhile, many of the digital shortcomings the Backbase study found in Malaysian incumbent banks are pretty typical, especially clunky legacy IT systems hindering the online customer experience. To be sure, it is an annoyance and incumbents need to invest accordingly to correct the problem. But with trust of Malaysian banks high, if they can improve digitization, many of their customers will be satisfied.

And indeed, some findings of the study suggest incumbents are headed in the right direction, by aiming to strengthen customer trust. 62% said they planned to assist customers to build better financial habits and 66% are going to offer financial literacy tools, which will include spending analysis, scheduling bill payments, advanced pay and income smoothing, automated savings and retirement planning tools.

Meanwhile, for smaller incumbents, consolidation may offer a way to combine their resources and prevent a large erosion of market share. These smaller banks are the most vulnerable to disruption by digital upstarts. The biggest players, like Maybank, CIMB, Public Bank Berhad and RHB Bank, have less to worry about.

More in this category: « Singapore sees sharp rise in online financial crime Toss Bank off to a fast start, with a few caveats »
back to top