Malaysia’s digital banking race is not over yet 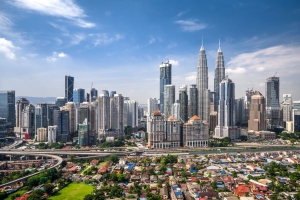 We had thought Bank Negara Malaysia (BNM) would have announced the winners of Malaysia’s five digital banking licenses by now, as the deadline was originally set for the end of March. The BNM has been mum about any reasons for a delay, though the longer deadline could give Capital A (the erstwhile AirAsia), one of the more enthusiastic applicants for a digital banking license, more time to improve its financial condition. With 29 applicants, there will be many more losers than winners in this race.

Capital A via its BigPay subsidiary has been one of the enthusiastic of the many applicants for a Malaysia digital banking license. The company sees fintech as instrumental to its turnaround. Why, it even renamed itself something that sounds like a venture capital firm, not an airline.

The problem for BigPay is without an additional capital injection or support from other members of its consortium, it may not be able to meet BNM’s capitalization requirements for digital banks. In January, the Malaysian Stock Exchange classified the erstwhile AirAsia as a “Practice Note 17,” or PN17, company, a nomenclature reserved for financially distressed firms. The exchange can delist PN17 companies if they are unable to regularize their finances within a set time frame. In November, Capital A won shareholder approval for a rights issue to raise 1 billion ringgit ($239.4 million). In December, it raised 336.5 million ringgit through a share placement. That funding was clearly insufficient to prevent the PN17 classification.

Given the well-documented travails of platform companies across Asia, applicants in that category can no longer be considered shoo-ins for a license. Besides Capital A, known applicants in this category include Sea Group, whose stock has plunged 66% in the past six months, and Grab-Singtel. Following its December SPAC on the Nasdaq, Grab’s share price has fallen 68%. However, the presence of Singtel could help assuage any concerns the BNM may have about Grab, and the same consortium has been awarded a digital bank license in Singapore. Analysts from Affin Hwang Investment Bank and RAM Ratings say that the Grab-Singtel consortium is a frontrunner to win a Malaysia digital banking license

Other likely frontrunners are a consortium made up of mobile phone network operator Axiata Group Bhd. and RHB Bank Bhd. The application from a group including Kenanga Investment Bank Bhd., the Sarawak state government and Revenue Group Bhd., a Malaysian information technology services firm also looks like it has a good chance of being successful.

On March 30, BNM governor Tan Sri Nor Shamsiah Mohd Yunus said the central bank would announce its decision on the granting of up to five digital bank licenses in Malaysia “in the near future” and “upon completion of the legal process.”

More in this category: « Is the worst over for Kakao? Sea Group should focus on Southeast Asia »
back to top