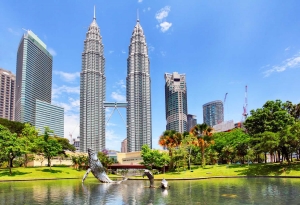 Malaysia’s digital banking race is kicking into high gear as a growing number of firms throw their hats into the ring. There are reportedly 40 firms interested in applying for five digital bank licenses, with the application period closing June 30 and Bank Negara planning to issue the licenses by the first quarter of 2022.

One interesting characteristic of Malaysia’s digital banking race is the tie-ups emerging between traditional financial institutions and various conglomerates that hope to tap their large existing customer bases and data troves as they foray into online banking. The latest such tie-up is between telecommunications conglomerate Axiata Group (owner of the Boost e-wallet) and RHB Banking Group, which announced in early June that they would jointly apply for a digital bank license. Boost will hold a 60% stake in the consortium and RHB the remaining 40%.

Boost already has substantial fintech experience as one of Malaysia’s leading e-wallets, but without a banking license cannot enter the highest-margin segments of financial services. Boost and RHB say that they want to serve both retail customers and SMEs typically overlooked by traditional banks – the “underserved” market segments.

"It's about being able to go into a new segment of business but partnering with someone who can shorten the learning curve for us," RHB Group CEO Khairussaleh Ramli said during an online briefing.

Although Malaysia’s overall unbanked population is relatively low at 8%, Axiata and RHB still see a substantial business opportunity. Khairil Abdullah, chief executive of Axiata Digital, has said that fewer than half of Malaysians can access “meaningful credit.”

According to Nikkei Asia, Axiata serves more than 250,000 merchants and microbusinesses via Boost and Aspirasi (a provider of micro-lending and micro-insurance services), while RHB has 200,000 such customers for its banking and business solutions.

Other likely applicants for a digital bank license include super app Grab, AirAsia, gaming hardware company Razer (perhaps in a consortium with its local partner for the Razer Pay e-wallet Berjaya Corp), the conglomerate Sunway and the Hong Kong-based financial group AMTD.

Property developer Paramount Corporation Berhad may also apply for a digital bank license. The firm recently forayed into digital finance by taking a stake in the peer-to-peer lending platform Fundaztic. If Paramount does go ahead with its bid for a license – its board reportedly has not made a final decision – having Fundaztic in its portfolio will likely enhance its application. In an interview with Malaysia’s The Edge, Paramount CEO Jeffrey Chew described Fundaztic as  “a regulated digital platform operator that has a good track record of nearly four years.”

Unlike the winners of Singapore digital bank licenses, which are looking to use Singapore as a stepping stone for broad regional expansion, Malaysia’s aspiring digital banks are more focused on their home market (although some also see potential for expansion to Indonesia), which at 32 million people is nearly six times as large as the city-state.

More in this category: « Digital banking heats up in South Korea P2P lending grows steadily in Indonesia »
back to top