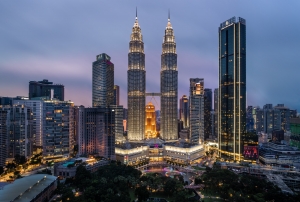 June 30 was the deadline for Malaysia’s digital bank licenses and there were 29 applicants for a maximum of five licenses from a wide variety of would-be neobanks, among them platform companies, incumbent lenders, conglomerates, state governments, fintechs and more. The Malaysian central bank will name the winners of the licenses in early 2022.

Despite the high number of applicants for Malaysia’s digital bank licenses, just a handful of firms have publicly announced their respective bids. Most of the applicants are keeping a low profile, perhaps because they are concerned saying the wrong thing could sink their chances. There are a number of applicants – confirmed or very likely – that also applied for Singapore digital bank licenses, some winners and some losers.

For instance, the Grab-Singtel consortium that won a digital full bank (DFB) license in Singapore also threw its hat in the ring in Malaysia. Grab-Singtel are hoping that their victory in the city-state – the region’s paramount financial center – will augur well for their prospects in Malaysia, which is similar to Singapore in that the majority of its citizens are well banked but open to better online banking options than what incumbents currently provide. Grab already has a foothold in Malaysia’s ride-hailing and food-delivery segments and its e-wallet GrabPay is one of the top digital wallets in the country. With a digital bank license, Grab could easily offer users in its existing ecosystem a much larger array of digital financial services.

Sea Group, which also reportedly applied for a license, is in the same boat. Sea’s e-commerce arm Shopee is the top online shopping platform in Malaysia by site visits, while its Sea Money e-wallet is also available in the country. Sea is reportedly applying for a Malaysia digital bank license together with local conglomerate YTL Berhad, whose business interests span hospitality, property, technology, and more.

Meanwhile, gaming company Razer, which lost out on a DFB license to Sea and Grab-Singtel, also reportedly applied for a digital bank license in Malaysia. Besides Singapore, Malaysia is the only market where Razer’s digital wallet is in wide use besides Singapore. Hong Kong-listed Razer has a market capitalization of US$18.5 billion, allowing it to easily meet the Malaysian central bank’s capitalization requirements for digital banks. The gaming hardware maker’s focus on the youth market should also appeal to the regulator, which says that digital banks should focus on “unserved and underserved” Malaysians.

iFAST, a Singapore-based wealth management fintech that failed to win a digital wholesale bank (DWB) license in Singapore, also threw its hat into the ring in Malaysia. While Razer has a certain foothold in the Malaysian market and is focused on millennials, iFAST’s positioning is less clear. According to The Business Times, iFAST aims to focus on “unserved and underserved market segments,” which is boilerplate for digibanks.

Another key player in Malaysia’s digital banking race is telecommunications conglomerate Axiata Group (owner of the Boost e-wallet) which teamed up with RHB Banking Group. Boost will hold a 60% stake in the consortium and RHB the remaining 40%. Boost already has substantial fintech experience as one of Malaysia’s leading e-wallets, but without a banking license cannot enter the highest-margin segments of financial services. Boost and RHB say that they want to serve both retail customers and SMEs typically overlooked by traditional banks.

More in this category: « What are the prospects for Singapore’s digital banks? Voyager, RCBC plan to launch digital banks in the Philippines »
back to top