Malaysia moves ahead on digital banks 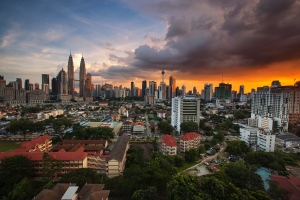 Malaysia's digital banking race will be the one to watch now that Singapore's has finally ended. On January 1, Bank Negara Malaysia (BNM) formally invited applications for digital banking licenses. The deadline for submission will be June 30 and BNM will announce up to five winners by the first quarter of 2022. Compared to Singapore's, this should be more of a wide open race. Fewer tech giants will be in the running, although Grab will likely throw its hat into the ring.

Compared to the Monetary Authority of Singapore (MAS), Bank Negara Malaysia (BNM) has different priorities for digital banks, and those will be reflected in how the digital banking race plays out. BNM is keen to boost financial inclusion in Malaysia's countryside and will be looking for companies that can help it achieve that goal. That's where the majority of Malaysia's 2 million unbanked adults live. At the same time, about half of Malaysian adults do not use online banking. Therein lies an opportunity for the right digibanks.

Another aspect of Malaysia that could shape its digital banking race is its long Islamic banking tradition. Applicants for digital bank licences will thus need to consider if they want to offer Islamic banking services. Australia-registered MyMy Holdings, which received an RM 10 million investment from the Malaysian Armed Forces Cooperative in September 2020, has said it aims to be the world’s first shariah-compliant digital bank.

Gaming hardware company Razer will almost certainly be in the running for a Malaysia digital bank license, and intent on pulling out all the stops to win one after coming up empty-handed in Singapore. Razer might team up with the large conglomerate Berjaya Corp, its local partner for the Razer Pay e-wallet.

You can bet that Razer will double down on the the youth market. Last year, its CEO Lee Li Meng told The Malaysian Reserve, "Malaysia has a huge youth population, a market that is underserved."

“This functions as a foundational phase for the licensees to demonstrate their viability and sound operations, and for the Bank Negara to observe the performance of the licensed digital banks and attendant risks that arise from their operations, ” the central bank said in a statement.

More in this category: « Philippines must enact tougher AML measures to stay off FATF grey list Grab's fintech business gets a US$300 million shot in the arm »
back to top