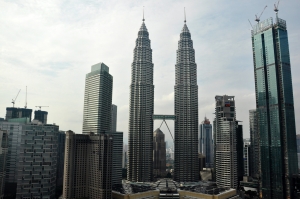 "The Bank has adopted a balanced approach to enable admission of digital banks with strong value propositions whilst safeguarding the integrity and stability of the financial system as well as depositors’ interests, taking into account that such digital banks have not operated in a full financial and economic cycle," Bank Negara Malaysia said in a statement on its website.

Malaysian regulators are treading a tried-and-true path. Across Asia, regulators have shown little appetite for pathbreaking digital banking models. Fintechs are often permitted to do business that does not require a banking license. But to access that coveted pathway into the formal banking system, startups often need to partner with traditional financial institutions or other established firms. Otherwise, they don't usually have enough funding or financial know-how to meet regulatory thresholds.

It is thus no surprise that some of the biggest names in Malaysia's finance, telecoms and tech sectors are planning to submit bids for digital banking licenses. Among the expected bidders are telecoms giant Axiata, ride-hailing juggernaut Grab, gaming company Razer as well as banking giants Maybank and CIMB.

During a recent earnings call, Axiata executives confirmed that the company is in discussions with a number of possible digital banking partners. If it were to win a digital banking licenses, an Axiata neobank could begin operations as early as the second half of 2021. Axiata Digital currently operates a leading Malaysian e-wallet, Boost, and the micro-lending platform Aspirasi.

However, Malaysia does not have a large population excluded from the formal financial system. Bank Negara Malaysia estimates about 92% of Malaysian adults have a bank account.