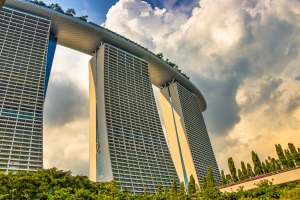 Now that Singapore's digital banking race is over, the losers must shift gears. And there were far more failed than successful bids. Of the 14 applicants which made it to the final round, only four were awarded licenses. The Monetary Authority of Singapore (MAS) may issue a fifth license in the future, but none of the remaining 10 applicants will sit around waiting for that day. Instead, they will look for opportunities outside of Singapore.

Of the unsuccessful applicants, gaming hardware maker Razer must be among the most flummoxed. Through a series of recent media interviews, Razer billed itself as the ideal builder of a "youth bank," based on the company's large customer base of 20-something gamers. Razer hoped to base its youth bank in Singapore and eventually branch out to other markets. Given Razer's gaming-centric ecosystem, the idea was reasonable.

The problem was that Razer was pitted against stronger applicants for a digital full bank (DFB) license, valid for both retail and non-retail banking. Grab-Singtel and Sea Group bring more to the table, especially for the SME market. With dual California and Singapore headquarters, Razer is also perhaps not rooted in Singapore to the same degree as the DFB license winners.

Having lost out on a digital bank license in Singapore, Razer will turn its attention to other Southeast Asian markets. Malaysia, which is encouraging non-financial firms to apply for digital bank licenses, will be a priority. Malaysia is the only market besides Singapore where Razer's e-wallet Razer Pay is in wide use.

As a listed company, Razer can easily meet Malaysia's stringent capital requirements for a digital bank license, which mandate an absolute minimum of RM 100 million (US$23.7 million) in an initial three to five-year period and later RM 300 million. As of August, Razer had about US$500 million in cash on hand.

Meanwhile, Chinese smartphone maker Xiaomi will have to scale back its digital banking ambitions in Southeast Asia. Xiaomi's consortium with Hong Kong-based financial group AMTD bid unsuccessfully for a digital wholesale bank (DWB) license. Had Xiaomi won the license, it could have targeted smartphone owners in Singapore, where the Beijing-based company has about a 6% market share. For the time being, Xiaomi will instead focus on making its Hong Kong-based digital bank Airstar a success. Should Airstar thrive, especially as a lender to SMEs, Xiaomi could re-apply for a DWB license in Singapore if and when the opportunity becomes available.

For its part, AMTD plans to open its group regional headquarters and AMTD Digital's global headquarters in Singapore in the first quarter of 2021. "While we were expecting to leverage our powerful platform bank model to help SMEs to digitalize and improve their access to funding, we remain steadfast in our commitment to build a one-stop, comprehensive, cross-market, and innovative digital solutions platform, creating our SingaWorld," AMTD said in a statement.

AMTD has been on an acquisition spree as of late, so it will be interesting to see if they are able to translate that into a digital financial offering without a digital bank license and whether they decide to apply again when the opportunity arises.