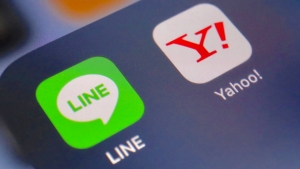 Japan's Line has super app potential. Its messaging app is popular in Japan, Taiwan and Thailand. It has content, e-commerce and a growing portfolio of fintech services, with Line Bank set to launch in Taiwan by the middle of the year. And a recent merger with SoftBank affiliate Z Holdings brings an additional US$4.7 billion in capital to the table. The new entity, which integrates Line with Yahoo in Japan, projects that it will post revenue of 2 trillion yen and operating profit of 225 billion yen by fiscal year 2023. It is the brainchild of SoftBank founder Masayoshi Son, who aims to build a Japanese tech juggernaut able to compete with Google, Amazon, Facebook and Apple in Japan.

In its home market of Japan, Line has struggled to achieve the kind of success Kakao and WeChat have in Korea and China. While the Line messaging app has 58.5 million users (about 45% of Japan's population), the e-wallet Line Pay has not enjoyed as high a level of penetration as Kakao Pay in Korea or WeChat Pay in China.

On the one hand, Japan's e-wallet segment is highly fragmented. On the other, less than 30% of Japan's payments are cashless, compared to about 80% in South Korea and 60% in China. Both Korea and China have several neobanks (in China's case two enormous ones, MYBank and WeBank), while the only equivalent in Japan is the somewhat obscure Jibun Bank.

Covid-19 has helped accelerate Japan's cashless transition, but modestly. Japan is unlikely to hit the government's target of 40% cashless by 2025 before then.

April 2022) should give Line's fintech business in Japan a major boost. Combined they have 75 million users, Line Pay 39 million and PayPay 36 million. Prior to the merger, PayPay had been one of the fastest growing e-wallets in Japan.

Line's super app prospects in Taiwan are better than in Japan. In Taiwan, Line's messaging app is dominant, with 21 million users in a population of 23.5 million. The level of user penetration is about 90%, similar to Kakao in Korea. Line Pay, meanwhile, has consistently been among the top three e-wallets in Taiwan for years with a market share ranging from 20% to 25% and more than 7.3 million users. Whether through its messenger, e-wallet, e-commerce platform or entertainment content, Line already has most of the Taiwanese population in its ecosystem. That augurs very well for Line Bank.

Outside of Northeast Asia, Line's messenger has a loyal following in Thailand. Boasting 46 million users - about 65% of the population - Line steadily grew its digital services suite in the country during the pandemic, including food delivery, e-commerce and video entertainment.

In October 2020, Line launched its social bank in Thailand, Line BK. Within four months, Line BK (a joint venture with Kasikorn Vision) had accrued 2 million users. It offers debit cards, personal loans and savings accounts with interest rates of up to 1.5% annually.

More in this category: « Traveloka sees fintech pivot as integral to successful exit WeLab teams up with Allianz Group »
back to top