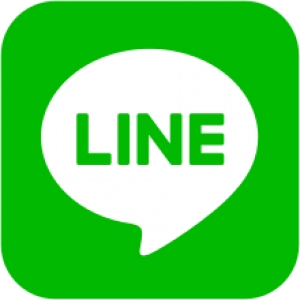 In the emerging world of super apps, Japan's Line is something of an anomaly. It is neither a wholly domestic phenomenon like China's WeChat nor global like the U.S.'s WhatsApp. It is not a ride-hailing app like Singapore's Grab or Indonesia's Go-Jek. Rather, Line is a quirky messaging app beloved in its home market of Japan as well as in Taiwan and Thailand, where Japanese culture has enduring appeal, and to a lesser extent in Indonesia. Outside of those markets, it is virtually unknown.

WeChat has proven that a messaging app can become a digital wallet and that the road to monetization runs through fintech. Line aims to show that such a platform is viable regionally in Asia. Because Japan remains attached to cash, Line cannot rely on its home market alone. “Fintech itself is a proven monetized model, the only problem is how fast we can secure a meaningful size of users,” Line co-CEO Shin Jung-ho told Bloomberg in a June interview.

To that end, Line is rolling out a comprehensive range of digital financial services. Through its financial arm, Line Financial, Line offers insurance, investment products and personal finance management in its home market of Japan. A digital bank, credit scoring platform and loan service are soon to follow, the company says.

Despite its modest size, Taiwan is paramount to Line's fintech ambitions. Indeed, Taiwan is wealthy, has high internet connectivity and smartphone penetration, and is eager to try more Line services. There are 21 million Line users among Taiwan's population of 23 million.

The digital wallet Line Pay is Taiwan's top mobile payment platform with more than 6 million users and 120,000 merchant partners. Line Pay has been successful with Taiwanese consumers in large part because of its co-branded credit cards (offering generous cash-back incentives) with local banks. Credit cards are by far the most popular cashless payment option in Taiwan.

In May, Line announced it would invest NT$3 billion (US$97 million) in Taiwan over the next three years. Integral to that expansion plan is the acquisition of an internet banking license. If Taiwan's Financial Supervisory Commission (FSC) approves Line Bank's application, Line will gain a foothold in the island's nascent digital banking segment for years to come.

Thailand, with its population of 67 million (44 million Line users) and need for greater financial inclusion, is also a key market for Line's fintech services, although they remain in a nascent stage there. For instance, Thai users can purchase train tickets with the app and top up their Line account at every BTS station in the country.

In Indonesia, where it has 19 million users, Line is partnering with PT Bank KEB Hana Indonesia, a wise move given Jakarta's preference for fintechs to work with incumbents. Under an agreement signed in October 2018, Line Financial Asia has a 20% stake in the bank and is its second-largest shareholder.

“This agreement is an important step toward becoming a leader in mobile banking and expanding our fintech services," LINE Financial Asia CEO Joon Hwang said in a statement.

More in this category: « How will virtual banks affect the financial industry landscape in Singapore? Go-Jek attracts big investment from traditional financial industry firms in latest funding round »
back to top
© 2007 - 2021 Kapronasia