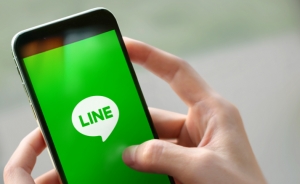 At long last, Line Bank has arrived in Taiwan. On April 22, the Japanese messaging app’s virtual bank went live, becoming the second digital bank in Taiwan after Rakuten Bank. Line Bank had been hampered by both pandemic and regulatory related delays. It originally planned to launch in mid-2020. Of the three virtual banks approved by the Financial Supervisory Commission (FSC), Line Bank has the strongest digital services ecosystem thanks to the popularity of its messaging app, e-wallet, entertainment and social commerce with Taiwanese consumers.

Because Taiwan is so well banked – some would say “overbanked” given that there are 37 retail banks for a market of 23.5 million people – and its financial regulator takes a conservative approach, no digital upstart can easily disrupt the market. The FSC has explicitly told the virtual banks not to rely too heavily on certain promotional practices popular in other markets to win market share. For instance, in December 2020, FSC chairman Thomas Huang told reporters, “It is tolerable for the virtual banks to offer better rewards or prices shortly after they begin operating, but we would not allow them to make it a long-term strategy.”

It is unclear what exactly the FSC’s parameters are, but Line Bank, Rakuten Bank and Next Bank (in which Chunghwa Telecom holds a majority stake) may need to tread carefully with high-interest deposits, cash back and other tactics typically used by neobanks to quickly add accounts. Currently, Line Bank plans to incentivize customers to reach their savings goal with interest rates that rise as the customer gets closer to the goal. Interest rates could reach 1.62% for customers who pick a 24-month savings plan.

For its part, Line Bank enjoys some advantages over the other two neobanks that could help it achieve its goal of signing up 500,000 customers by the end of June. First, its e-wallet Line Pay already has a strong following in Taiwan. According to Statista, about 58% of Taiwanese who use mobile payments use Line Pay, well above 42% for Apple Pay and 31% for JKO Pay. In October 2020, Line Pay said it had 8.4 million users in Taiwan, or about 36% of the total population. Line’s messaging app, meanwhile, is almost universal in Taiwan. With 21 million users in a population of 23.5 million, Line’s level of user penetration in Taiwan is about 90%, similar to Kakao in Korea. Line Bank is integrated into the Line messaging app.

Thus, Line has ready access to more potential customers than either Next Bank (although it can leverage Chunghwa Telecom’s considerable resources) or Rakuten Bank. For the latter, overall customer numbers may be less of a concern as Rakuten is focused on more of a niche market – particularly customers doing cross-border e-commerce business with Japan, one of Taiwan’s largest trading partners.

At the same time, one of Line’s main strategic investors is Fubon Financial Holding Co., one of the largest industry incumbents in Taiwan. Fubon’s 19.99% stake in Line should help assuage some (but certainly not all) regulatory concerns around disruption.

Unfortunately, Line Bank experienced some disruption of its own on the day of its launch due to a system crash. According to Taiwanese media, the system was down from late afternoon on April 23 until roughly 10pm. Line Bank attributed the crash to a system overload caused by heavy traffic.

Unsurprisingly, the FSC was not pleased as the regulator had previously pressed Line Bank to conduct stress tests to avoid that type of scenario. The FSC plans to investigate what caused the system crash and require Line Bank to submit an “improvement plan,” according to Taiwanese media.

More in this category: « Singapore looks to carve out green finance niche Are Malaysian incumbent banks ready for the digital challengers? »
back to top