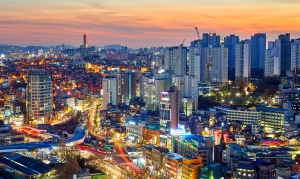 Kakao Pay specializes in money transfer and pre-paid payment products. With the acquisition of Baro Investment & Securities, Kakao can now offer investment products to its customers such as stocks, bonds and funds.

Kakao's leadership reckons there is strong demand in Korea among retail banking customers for investment products offered digitally. If they are correct, Kakao Pay Securities could grow quickly as one of the first companies of its kind in the country selling traditional financial products through a sleek fintech portal.

"Kakao Pay platform's ease of use, strong connectivity and technology will expand the area of financial services for those who do not have enough financial experiences or those who have a small asset size, as it allows them to easily enter into the financial market and to expect profits from various products with a smaller amount of money," a spokesperson told The Korea Times.

New bank loans helped drive Kakao's strong performance in 2019. As of December 2019, it had 14.88 trillion won in outstanding loans on its books, compared with 9.08 trillion won a year earlier.

Over the past year, Kakao Bank has been preparing to list on the Korea Stock Exchange. In May 2019, a company spokesperson said the neobank would go public by the fourth quarter of 2020 "if it posts a profit throughout the year and continues its uptrend next year," according to The Korea Times.

In early January, prior to the coronavirus's global spread, Lee Yong-woo, co-CEO at Kakao Bank, said that the neobank was planning to list on the Korea Stock Exchange in the second half of the year.

More in this category: « Pressure builds on Philippines to strengthen AML regime Why is ByteDance venturing into fintech? »
back to top
© 2007 - 2021 Kapronasia