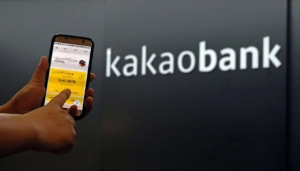 Kakao Bank is having an exceptional year, setting the stage for a blockbuster IPO in 2021. Kakao's third-quarter profit rose more than 700% year-on-year to 40.6 billion won (US$35.9 million). Through September, Kakao had recorded 85.9 billion won in profits, up more than 458% annually. The Seoul-based neobank attributed its outstanding third-quarter performance to additional interest income and its non-interest business swinging to profitability for the first time.

In some regards, Kakao Bank is turning conventional wisdom about neobanks on its head. After all, some of the most prominent neobank unicorns - such as Revolut, N26 and Monzo - continue to spend much more money than they make. They are all at least a few years older than Kakao (established in 2017) too. At the same time, platform companies like Grab, Gojek, and Sea Group pushing into digital banking are also unprofitable.

What distinguishes Kakao Bank from most neobanks is its ability to deploy a dominant digital services ecosystem in a single market large enough for the company to achieve economies of scale. South Korea has a population of about 52 million and the world's fastest internet connection speeds. Smartphone penetration is almost 94%. Underserved market segments, such as young people and SMEs, are keen to try digital banking.

Kakao has followed an an almost identical playbook. Its e-wallet Kakao Pay was launched in September 2014, integrated with the KakaoTalk messaging app. In early 2017, Ant Group (then Ant Financial) invested US$200 million in Kakao Pay as part of an international expansion push.

Kakao Bank, was launched in April 2017. Its largest shareholders are Kakao Corp. (about 33.5%) and Korea Investment Value Asset Management (28.6%). Over the past three years, Kakao has gradually introduced a suite of digibanking services, in some cases partnering with incumbents like the brokerages KB Securities and NH Investment and Securities, whose stock-trading services are available on Kakao's app.

Throughout its brief history, Kakao Bank has focused on its home market. By eschewing costly international expansion, the company reached profitability faster than most neobanks - in just two years.

Rising demand for online banking amid the pandemic has supercharged Kakao's growth. Indeed, Kakao Pay now has 35 million users. Kakao Pay transactions could reach 60 trillion won this year, a threefold increase over 2019, according to The Korea Herald.

Both Kakao Pay and Kakao Bank are planning to go public next year. Analysts expect the payment unit’s post-IPO market cap to be roughly 10 trillion won ($8.86 billion). Kakao Pay will likely list in the first half of 2021 and Kakao Bank in the second half of the year.

More in this category: « Sea Group advances on Singapore digital bank license Judo an outlier among Australia's neobanks »
back to top