Kakao comes down to earth 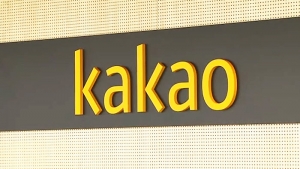 Kakao seems to have a case of the super-app blues, notably in its two fintech units. Shares of Kakao Bank and Kakao Pay have fallen 39% and 32% since their respective August and November debuts. Between December and late January, the Kakao group lost roughly US$25 billion in market value.

Tech stocks can be on the volatile side, and both units retain strong fundamentals, but investors at the same time have reason for concern given the allegations that Kakao’s founder Brian Kim evaded taxes during the merger of Kakao and Daum. More broadly, Kakao must deal with a government crackdown on internet companies that may harm their valuations in the long run.

For years, Kakao was the darling of South Korea’s tech scene and walked on water in a manner not dissimilar to WeChat and Alibaba in their mid-2010s heyday. Regulators in South Korea handled Kakao with kid gloves for the most part. This was particularly helpful for the fintech units, which capitalized on the weak digital capabilities of incumbent banks, a glaring weakness in the country with the world’s fastest internet connection speeds and a 91% smartphone penetration rate. Now factor Kakao’s sticky ecosystem and the pandemic’s effect on payments into the mix, and it is easy to see why the company has become a dominant player.

But with a higher profile comes greater responsibility. In this area, Kakao must improve, or else pay a real price. In private markets, VCs and tech firms can tweak valuations as they see fit. The stock market is a different beast.

Case in point: According to The Korea Times, Kakao executives sold off a large portion of the stock they owned in Kakao Pay on December 10, just a month after the company went public. The executives reportedly earned a 90 billion won (US$75.2 million) profit from the sell-off. While there have not been any allegations of wrongdoing, such a move hardly looks like a vote of confidence in the nascent digital lender.

No wonder shareholders punished Kakao Pay, with the payments unit’s value falling by 25% over the following month. “"It constituted a betrayal of the public's trust in the innovative corporation. It also led to the firm's failure to make good on its commitment to shareholder value and social responsibility," according to The Korea Times.

In response to shareholder anger, Kakao Corp. announced on Jan. 13 that CEOs and executives of its affiliates will be prohibited from exercising stock options within two years and one year after the listing day, respectively.

It is encouraging to see Kakao address shareholder concerns. Yet with rising suspicion of Big Tech in Korean society, Kakao should be wary of being perceived as the super app equivalent of a chaebol, especially when it is heavily focused on the banking sector. Actions that damage customer trust could have lasting repercussions, especially when one considers that customer trust is one of the areas in which incumbent lenders have an inherent advantage over digital upstarts.

More in this category: « Assessing Taiwan’s virtual banks one year on Is Thailand finally ready for digital banks? »
back to top