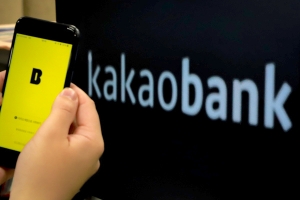 Digital banking is a perilous pursuit. Just look at Xinja's sudden collapse or Monzo teetering on the brink. But that has not stopped cash-flush platform companies from trying to ride the digibanking wave to a blockbuster exit. So far, the results are mixed. One of the success stories is Korea's Kakao Bank, which borrowed a page out of WeChat's book and turned a ubiquitous messaging app into a money-making digibank. Kakao Bank is everything most digital banks are not: focused, profitable, and probably sustainable.

Kakao achieved profitability just 18 months after its launch and has not fallen back into the red since. The company followed WeChat's playbook closely, waiting until it had a critical mass of messaging users, then offering them an e-wallet, and finally a full-fledged digital bank. Like WeChat Kakao has not faced many competitors. K bank's fundraising travails forced it to suspend its banking services for more than a year, while Toss has only recently come into its own.

The network effect of Kakao Talk has been a decisive factor in Kakao's fruitful fintech foray. Kakao Talk has about 46 million monthly active users in Korea, equivalent to 88% of the country's population. Like WeChat in China, Kakao Talk is not widely used outside of Korea. And the narrow geographic focus has been a boon for Kakao too. The company has been careful not to burn cash and deplete resources on costly international expansion.

Kakao also has a budding ecosystem that is starting look a lot like, well, a super app. Besides Kakao Talk, Kakao Bank and Kakao Pay, there are Kakao Games, Kakao Page (monetized content) and Kakao Mobility (transportation services). Kakao's strategic partners in these various ventures include both Ant Group (Kakao Pay) and Tencent (Kakao Games and Kakao Bank).

In the third quarter of 2020, the South Korean neobank posted a profit of 40.6 billion won (US$36 million), up nearly 700% over the same period a year earlier. Kakao's business is booming thanks to strong demand for its loans, stock trading services and credit cards. Kakao is cooperating with incumbent financial institutions on the latter two.

In late December, the South Korean neobank completed a capital increase of 1 trillion won (US$920 million) to boost its loss-absorbing ability and allow it to offer more loans to borrowers with medium and low credit scores.

Kakao Bank is currently valued at approximately 10 trillion won (US$9.1 billion). It has hired Credit Suisse, KB Investment & Securities and Citigroup as advisors for its upcoming IPO, which will likely happen in the second half of the year.

More in this category: « Sea doesn't need to be a super app to thrive Rakuten launches Taiwan's first virtual bank »
back to top