K bank looks to get back in the neobanking game 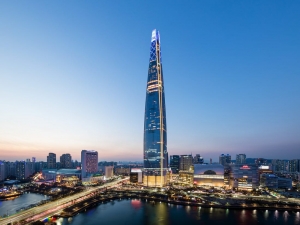 South Korea's K bank has struggled since its inception in 2017. It lacks the super-sticky ecosystem and vast resources of its competitor Kakao Bank, which was set up at roughly the same time. In April 2019, K bank suspended most of its services amid fundraising difficulties. Although it resumed some services in July, K bank is still far from full strength. It has about 900 billion won in capital, compared to Kakao Bank's 1.8 trillion won. K bank will need to secure large capital injections in order to compete on an even footing with Kakao and Viva Republica's Toss Bank.

In July, K bank raised an additional 400 billion won by issuing new shares. Its three largest shareholders, BC Card, Woori Bank and NH Investment & Securities, provided much of the funding.

According to The Korea Times, K bank is now actively looking for investors outside of Korea. One of the heavyweights the Korean neobank has approached is Temasek. The Singaporean sovereign wealth fund declined to comment on the matter when asked by the newspaper.

Temasek is an investor in some of the world's largest financial services and technology companies, from Visa and ICBC to Tencent and Alibaba, but has yet to invest big in any fintechs. Temasek is a prominent backer of Facebook's Libra. Founding members of the Libra Association reportedly paid US$10 million to join in 2019. Temasek, however, joined earlier this year.

Compared to K bank, Kakao Bank has fared much better. In the second quarter, it posted record earnings of 26.8 billion won ($22.6 million), a nearly ninefold annual increase from 3.0 billion won a year earlier. Kakao's net profit rose more than 400% to 45.3 billion won in the first half of the year.

Crucially, Kakao has managed regulatory challenges more nimbly than K bank. It was able to make Kakao Corp the majority shareholder of Kakao Bank, the first time a non-financial firm in Korea took a majority stake in a bank. As a result, Kakao Bank was able to issue new shares valued at 500 billion won and boost its paid-in capital to 1.8 trillion won.

More in this category: « Revolut has yet to make a splash in Asia Grab and Singtel close in on Singapore digital bank license »
back to top