Judo an outlier among Australia's neobanks 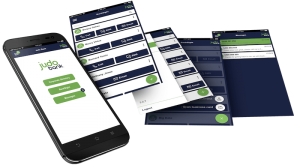 Australian neobank Judo is weathering the pandemic-induced downturn better than many of its counterparts. The Melbourne-based neobank reached unicorn status in May as it raised an additional A$230 million and says it was profitable as of August. Judo expects to raise an additional A$200 million to A$300 million before the end of the year.

Compared to other Australian neobanks, Judo has a more narrow focus: SME lending. Not having to worry about retail banking allows Judo to focus all of its efforts on building its loan books. Although bank lending to Australian SMEs has fallen more than 2% during the pandemic, Judo's lending business has surged 40% to A$2.5 billion.

While traditional banks are tightening credit, Judo has done the opposite, finding an opportunity in this crisis. Remarkably, Judo has added almost A$1 billion to its loan books in the covid era as SMEs have struggled to obtain loans from traditional lenders, in some cases because of a lack of access to staff.

To be sure, being built for digital banking has helped Judo as the Australian economy has rapidly shifted online. Also important is the neobank's flexible approach to lending. Instead of lending according to the value of a borrower' assets, Judo uses what it calls "a relationship-based lending model" that relies on bankers' discretionary judgment.

Judo evaluates "every customer on its own merits and takes a common-sense approach so we have a set of guidelines but not strict policy... it's not an instant knock out if they don't fit within a particular box," Judo relationships director Joanne Dominelli told Australian Financial Review in May.

However, Judo's aggressive bid to grow its business during the pandemic does entail certain risks. According to The Sydney Morning Herald, the company identified A$424 million in loans that require close monitoring as of June 30. 18% are expected to become non-performing loans. Some of the customers operate in what Judo classifies as "high-risk industries," such as food services, recreation services, accommodation and the arts.

Still, the company is reportedly planning to list on the ASX in the second half of 2021 if market conditions are favorable and it has hired Goldman Sachs to work on the deal. Judo's expected valuation would be more than A$1.5 billion.