Is the worst over for Kakao? 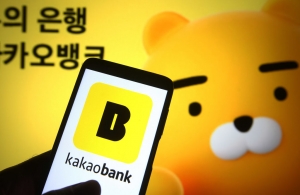 While Kakao’s fundamentals remain strong, the Korean super app has been struggling of late amid a perfect storm of regulatory travails, investor disappointment and awkward leadership changes. In the past six months, Kakao Bank and Kakao Pay’s shares have both fallen about 29%.

In late February, Kakao’s new CEO nominee Namkoong Whon said at online press conference that he aims to raise the company‘s stock price to more than 150,000 won ($124.60) per share during his two-year term. The key to doing so will be restoring market trust, he said.

The steep drop in the share prices of the company’s two fintech units came after Kakao executives sold off a large portion of the stock they owned in Kakao Pay on December 10, just a month after the company went public. The sell-off reportedly netted the executives a 90 billion won (US$75.2 million) profit. Though they technically did nothing wrong, at least from a legal standpoint, the optics did not sit well with investors.

To its credit, Kakao responded quickly to investors' concerns. In mid-January the company said that CEOs of its affiliates will be prohibited from exercising stock options within two years after the listing day, while for other executives the ban will be be one year.

Of the two fintech units, Ant Group-backed Kakao Pay is the weaker performer. Unlike Kakao Bank, Kakao Pay has never been profitable in five years of operation. In 2021, Kakao Pay lost 32.3 billion won ($27 million), compared to a loss of 25.1 billion won a year earlier. The company attributed the loss to higher costs related to its listing and the formation of a trading service for Kakao Pay Securities.

Meanwhile, the digital lender continues to expand aggressively into the territory of incumbent banks. Despite the dip in its share price, Kakao Bank still has plenty of cash to burn and can afford – for now, anyway – to subsidize mortgages for customers. The variable annual rate it is offering is 2.989%, while similar commercial banks offer a rate of 3.58%, according to Korean media. Kakao Bank also plans to offer loans to small businesses from the second half of 2022.

More in this category: « Assessing Revolut’s latest APAC expansion Malaysia’s digital banking race is not over yet »
back to top