Is Singapore ready for virtual banks? 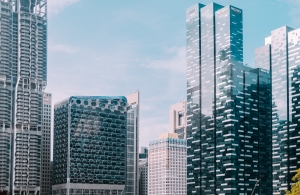 Singapore's race with Hong Kong to become Asia's fintech hub is heating up as the city-state mulls issuing licenses for virtual banks. Both cities have long been major regional banking centers. With Hong Kong increasingly reliant on business from mainland China, Singapore has a chance to capture more regional business, especially from Asean.

Singapore has attracted more fintech investment than Hong Kong, but the latter has moved faster to embrace challenger banks. In March, Hong Kong issued its first three virtual-banking licenses to Livi VB, made up of Bank of China (Hong Kong), JD Digits and Jardines; SC Digital Solutions, a joint venture between Standard Chartered, HKT, PCCW and Ctrip; and Zhong An Virtual Finance, a ZhongAn Online and Sinolink joint venture.

The make-up of the groups receiving the virtual-banking licenses in Hong Kong reflects the importance of Chinese business to the city. Big Chinese tech firms are present in all three of the consortiums. Beijing wants Hong Kong fintechs to focus on serving the giant Greater Bay Area market, which makes sense from a geographic standpoint.

Singapore could go a different route. After all, it's a sovereign state that doesn't answer to a distant capital. And it's already the most important financial hub in Southeast Asia. The question is: How much value will challenger banks add to the city's financial system? Singapore does not suffer from low financial inclusion, nor a lack of high-quality banking services, given the presence of strong local and international incumbents. More competition in the banking sector should benefit the city-state, but to what degree depends on the quality of offerings from virtual banks. They will have to offer more than just the same mobile-banking interfaces available from incumbents.

To be sure, Singapore's banks have some reservations about the digital-based competition. One of the main concerns is that if the regulator allowed challenger banks - which without retail branches have much lower costs - to have lower capital requirements, they could undercut incumbents on price.

"The real challenge is if the regulators create an unlevel playing field, and let the new bank licensees come in and do banking on different terms," DBS Group Holdings chief executive officer Piyush Gupta was quoted as saying by Bloomberg Television.

But the chances of that happening are not high, analysts say.

If the MAS decides to permit virtual banking, its challenge will be finding a way to facilitate the new arrivals' growth without rocking the traditional banks' boat too hard. It won't be easy. That will be especially true if the MAS doesn't choose to let incumbents co-opt the startups by requiring they partner with a traditional bank.

More in this category: « Should Australia's banks fear fintechs? Emerging markets paramount to Ant Financial's global expansion »
back to top