Is Myanmar in danger of returning to FATF's money-laundering watchlist? 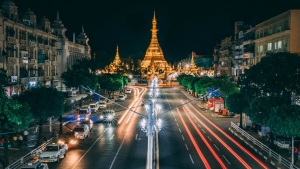 Myanmar is at risk of landing on the Financial Action Task Force's watchlist high-risk money-laundering destinations after a three-year reprieve, analysts say. In 2016, FATF removed Myanmar from the list, citing improvements in the country's efforts to combat financial crime. Since then, however, Myanamar has not taken adequate steps to implement safeguards against money laundering in both its banking system and non-financial institutions. If Myanmar appears on FATF's "grey list" again, investors could sour on the Southeast Asian nation's financial sector, which would harm fintech development as well as broader financial inclusion initiatives.

Inadequate risk controls in designated non-financial institutions (DNFBS, deemed by FATF to pose a money-laundering risk) are potentially an even bigger problem for Myanmar than in banks. An evaluation report published by Asia-Pacific Group on Money Laundering (APG) in late 2018 noted that while banks generally had not set up proper risk controls, DNFBS lacked a fundamental undersstanding of high-risk issues. Institutions cited by APG included casinos, law firms, real estate agencies and jewelers.

In January, the Myanmar government announced it was drafting a national strategy to fight money laundering and terrorism financing. The strategy, which is supported by the International Monetary Fund, has been short on specifics but focuses broadly on reducing AML and terrorist financing risks. Under the initiative, Myanmar has set up five administrative groups tasked with monitoring and evaluating AML action plans put forth by relevant industry sectors.

“The aim and objectives of the strategy should be practical and attainable so that we can reduce the risks outlined in the national risk assessment,” Maj-Gen Aung Thu, deputy minister of home affairs, was quoted as saying by Myanmar media.

Myanmar is going to have do better than make vague proclamations if it expects to avoid ending up on FATF's grey list again. As it stands now, AML experts are not optimistic about Myanmar's prospects.

Christopher Batt, an anti-money laundering expert at the the United Nations Office on Drugs and Crime (UNODC), told The Myanmar Times in June, "it is extremely likely Myanmar will be brought under FATF review and enter the FATF ‘grey list’ later this year or possibly early next."

That could stymie Myanmar's budding digital finance sector, which has been growing in tandem with a strong economy, rising smartphone penetration and ample investor interest. Greylisting increases the cost of doing business with the country under that designation because what should be straightforward bank transfers become subject to a high level of scrutiny. Investors who otherwise would be interested in Myanmar would have to weigh the risks entailed by sending large bank transfers to a country known for money laundering.

Under such a scenario, investors might take their business elsewhere, and there are many choices in the region: Indonesia, Thailand, Malaysia, and Vietnam, to name a few.

Risk-averse international banks, who might otherwise be interested in taking stakes in local Myanmar lenders, would be likely to stay away from the country while it was on FATF's grey list, analysts say. The banks "would rather avoid carrying out transactions with Myanmar, than risk being accused of money laundering,” Vicky Bowman, head of the Myanmar Center for Responsible Business, told The Myanmar Times.